Local time in Labuhan Deli is now 02:16 AM (Monday) . The local timezone is named " Asia/Jakarta " with a UTC offset of 7 hours. Depending on your flexibility, these larger cities might be interesting for you: Tangkahanmeroau, Sunggal, Sungai Mati, Saribudolok, and Pulau Brayan Kota. When in this area, you might want to check out Tangkahanmeroau . We found some clip posted online . Scroll down to see the most favourite one or select the video collection in the navigation. Are you looking for some initial hints on what might be interesting in Labuhan Deli ? We have collected some references on our attractions page.

Belawan is a port city on the northeast coast of Sumatra, Indonesia. Located on the Deli River near the city of Medan, Belawan is Indonesia's busiest port outside of Java. A regular ferry service connects Belawan to across the Strait of Malacca to Penang, Malaysia; at times a ferry has also run from Belawan to Satun, Thailand. The port was initially built in 1890, to provide a location where tobacco could be transferred directly between rail lines from the interior and deep-draft ships.

Teladan Stadium is a multi-purpose stadium in Medan, Indonesia. It is currently used mostly for football matches. It is the home stadium of PSMS Medan. The stadium holds 20,000 people. It is also a Training Ground of Tai Kuda FC. 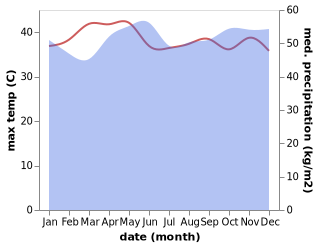