Local time in Urmia is now 12:39 PM (Wednesday) . The local timezone is named " Asia/Tehran " with a UTC offset of 3.5 hours. Depending on your flexibility, these larger cities might be interesting for you: Zonbalan, Qazan Agheli, Behnaq, Arshlu, and Khodaverdi Khan Kandi. When in this area, you might want to check out Zonbalan . We found some clip posted online . Scroll down to see the most favourite one or select the video collection in the navigation. Are you looking for some initial hints on what might be interesting in Urmia ? We have collected some references on our attractions page.

Urmia - My hometown. I don't care if you're kurds, assyrians or turks, I just hope you enjoy the video :) Creds to Tohid from Urmia for making this video. ..

Segonbad is a historical structure located in the city of Urumieh, in northwest Iran. The monument has three inscriptions in the Kufic script placed on the entrance door.

Iran Air Flight 277 was a passenger flight which crashed near Urmia Airport, West Azerbaijan Province, Iran, on January 9, 2011. 77 of the 105 aboard died. The aircraft involved, a Boeing 727-286Adv, was operating Iran Air's scheduled domestic service from Mehrabad International Airport, Tehran, to Urmia. It crashed after a go-around was initiated during final approach, in poor weather conditions.

Urmia Airport is an airport in Urmia, a city in the West Azarbaijan Province of Iran. Alternate spellings of the city and airport name include Urmieh, Uromiyeh, Orumieh, and Orumiyeh.

Urmia University (also known as University of Urmia) is a major university in the city of Urmia, the capital of West Azarbaijan province of Iran. The university has five campuses, seven faculties, more than 14,000 students, and exclusive research centers in Microelectronic, Antenna and Microwave Laboratory, NanoTechnology, MEMS, and Artimia. It is the first largest university of Iran's northwest according internet webometric statistics.

The Battle of DimDim is the name for the battle between the Safavid Empire and the Sunni Kurds of Ottoman Empire between 1609 and 1610. 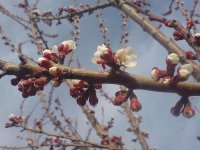 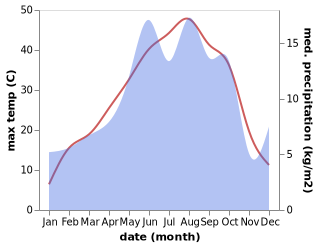