Local time in Zawitah is now 05:01 PM (Monday) . The local timezone is named " Asia/Baghdad " with a UTC offset of 3 hours. Depending on your mobility, these larger cities might be interesting for you: Tall Khashaf, Suriyah, Sinah, Suwarah Tukah, and Arbil Governorate. When in this area, you might want to check out Tall Khashaf . We discovered some clip posted online . Scroll down to see the most favourite one or select the video collection in the navigation. Are you looking for some initial hints on what might be interesting in Zawitah ? We have collected some references on our attractions page.

Mangesh is a town in the Iraqi Kurdistan region of Dohuk. The town lies in Barwari region and is populated by Assyrians. Several Assyrian leading figures were assassinated under unknown circumstances in the town.

Kurdistan is a roughly defined geo-cultural region wherein the Kurdish people form a prominent majority population, and Kurdish culture, language, and national identity have historically been based. Contemporary use of Kurdistan refers to parts of eastern Turkey, northern Iraq, northwestern Iran and northern Syria inhabited mainly by Kurds. Kurdistan roughly encompasses the northwestern Zagros and the eastern Taurus mountain ranges, and covers small portions of Armenia. 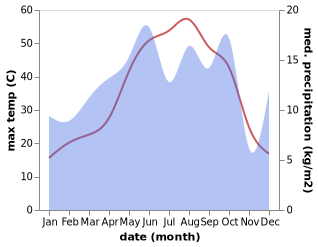