Delve into Limerick in Ireland

Local time in Limerick is now 02:14 PM (Friday) . The local timezone is named " Europe/Dublin " with a UTC offset of 0 hours. Depending on your mobility, these larger destinations might be interesting for you: Truro, Derry, Belfast, Tullamore, and Tralee. While being here, you might want to check out Truro . We discovered some clip posted online . Scroll down to see the most favourite one or select the video collection in the navigation. Are you curious about the possible sightsseing spots and facts in Limerick ? We have collected some references on our attractions page.

Southill is a housing estate in Limerick city. The troubled estate has high unemployment and crime rate. To resolve the situation the Irish government is currently regenerating Southill with better ho ..

Street Exhibition of Capoera on Thomas St on Sat 18th Sep 2010 at the 2nd Candeias Europe Open of Capoeira that was hosted in Limerick City. ..

Kilkenny MC Captain Moonlight performing his very controversial release 'dirty c**ts' at Limerick Boat Club on the night of the launch of his album 'agroculture' Because of poor sound on the camera we ..

St Mary's (also known as Limerick Cathedral), is a cathedral of the Church of Ireland in Limerick city, Ireland which is dedicated to the Blessed Virgin Mary. It is in the ecclesiastical province of Dublin. Previously the cathedral of the Diocese of Limerick, it is now one of three cathedrals in the United Dioceses of Limerick and Killaloe. The cathedral is open to the public throughout the week, subject to church services.

More reading: Wikipedia Article
Located at 52.67 -8.62 (Lat./Long.); Less than 0 km away
Tags: Anglican cathedrals in the Republic of Ireland, Diocese of Limerick and Killaloe, Places of worship in County Limerick, Religion in Limerick (city)

St. John's Cathedral is one of two cathedrals in Limerick, Ireland. Built in 1861 and designed by the architect Philip Charles Hardwick, it has been in continuous use since. The most recent restoration work carried out was in 2003/2004 on the roof and exterior stonework. It is a Catholic cathedral, the city's other cathedral, St. Mary's Cathedral being Anglican. The building has the tallest spire in Ireland, at 94m, and is the tallest structure in Limerick.

King's Island is an area of central Limerick, Ireland. The area is often referred to colloquially as The Island and consists of 2 distinct areas Englishtown and St. Mary's Park. The historical city of Limerick known as Englishtown is located on the southern end and St. Mary's Park; a local authority housing estate is located on the northern end. The island is formed from a distributary of the River Shannon.

O'Connell Street is also the main street in Dublin, Ennis, Sligo and in various other towns around Ireland, and also the main street of North Adelaide 50x40pxThis article needs additional citations for verification. Please help improve this article by adding citations to reliable sources. Unsourced material may be challenged and removed. O'Connell Street (Irish: Sráid Uí Chonaill) is the main thoroughfare of the city of Limerick. 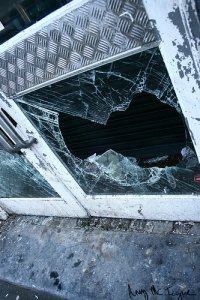