Current time in Ennis is now 11:03 PM (Sunday) . The local timezone is named " Europe/Dublin " with a UTC offset of 0 hours. Depending on the availability of means of transportation, these more prominent locations might be interesting for you: Truro, Derry, Belfast, Tubber, and Tralee. Since you are here already, make sure to check out Truro . We encountered some video on the web . Scroll down to see the most favourite one or select the video collection in the navigation. Where to go and what to see in Ennis ? We have collected some references on our attractions page.

Blackie O'Connell brings us on a trip around Clare the Home of Irish Music. Blackie, Karol Lynch and Seanie O'Gorman play in the Old Ground Hotel, every weekend on Friday and Saturday Nights. Come joi ..

John, the roof thatcher, works at his trade in Quin Village Ireland. ..

The Blizzards - The Reason (How Do I Qualify?)

We followed the Blizzards to Ennis, from Clontarf via Lahinch. Their new, yet to be released song - The Reason. It's class! ..

Ennis National School is a primary school in Ennis, County Clare, Ireland opened in 1897 . It was a boys' school for 95 years before becoming co-educational in 1992. As of 2006 it has some 40 teachers. The school's curriculum includes participating in "Ennis Information Age Schools", leading a poetry project. A team of pupils won the 2003 national Cadbury/NPC Challenge Quiz, out of 1,800 schools.

More reading: Wikipedia Article
Located at 52.84 -8.99 (Lat./Long.); Less than 0 km away
Tags: Buildings and structures in Ennis, Education in Ennis, Educational institutions established in 1897, Primary schools in the Republic of Ireland

Cusack Park (Páirc Uí Chíosóg in Irish) is a Gaelic Athletic Association stadium located in the town of Ennis, County Clare, Ireland. It is the home of the Clare Gaelic football and hurling teams. Named after the founder of the Gaelic Athletic Association, Michael Cusack, the ground has had a capacity of about 28,000 (mostly terraced), but following a 2011 safety review, the certified capacity was reduced to 14,864.

More reading: Wikipedia Article
Located at 52.85 -8.98 (Lat./Long.); Less than 1 km away
Tags: Media in County Clare, Radio stations in the Republic of Ireland

Rice College (Coláiste an Rísigh in Irish) is a secondary school in Ennis, County Clare, Ireland founded in 1826. It is also a C.B. S with a house on the property where "Brothers" still reside. No Brothers teach in the secondary school but it was previously run by the religious order. It was formerly an all-boys school, although girls were first admitted to repeat their leaving certificate examinations in 1985, it became coeducational in 1997.

|} Ennis railway station serves the town of Ennis in County Clare, Ireland. Ennis is the terminus station of limerick to Ennis Commuter service and a station on the Limerick to Galway intercity service. Passengers for Dublin/Cork or Waterford transfer at Limerick. The station forms part of the Western Railway Corridor, the name given to a group of lines in the west of Ireland between Limerick and Sligo. 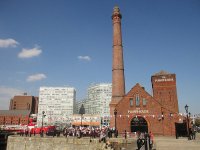 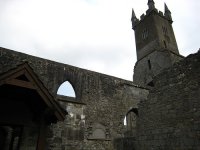 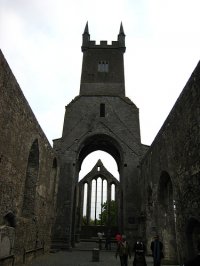 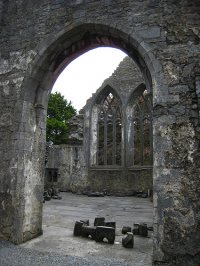 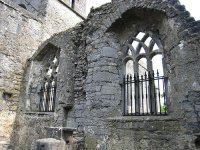 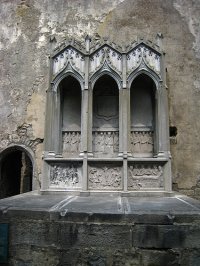 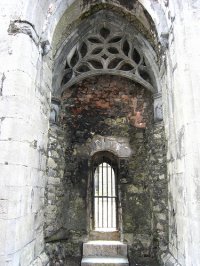 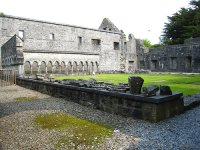