Current time in Thaba-Tseka is now 08:34 AM (Thursday) . The local timezone is named " Africa/Maseru " with a UTC offset of 2 hours. Depending on the availability of means of transportation, these more prominent locations might be interesting for you: Quthing, Qacha's Nek, Maseru, Hlotse, and Butha-Buthe. Since you are here already, make sure to check out Quthing . Where to go and what to see in Thaba-Tseka ? We have collected some references on our attractions page.

Thaba-Tseka is the capital city or camptown of Thaba-Tseka District in Lesotho. It has a population of approximately 6,000 (2004). Thaba-Tseka was also the subject of the case studies in James Ferguson's book, The Anti-Politics Machinehttp://www. amazon. com/Anti-Politics-Machine-Development-Depoliticization-Bureaucratic/dp/0816624372, which identified the failures of outside initiated development projects.

Thaba Putsoa is a mountain in central Lesotho. It lies 70 kilometres to the southeast of the capital Maseru, and attains a height of 3096 metres.

Lesotho is a mountainous, landlocked country located in Southern Africa. It is an enclave, surrounded by South Africa. The total length of the country's borders is 909 kilometres . Lesotho covers an area of around 30,355 square kilometres, of which a negligible percentage is covered with water. The most notable geographic fact about Lesotho, apart from its status as an enclave, is that it is the only independent state in the world that lies entirely above 1,000 metres in elevation.

The Mokhoabong Pass is a mountain pass in central Lesotho. The A3 road crosses this pass between the towns of Mantsonyane and Thaba-Tseka. 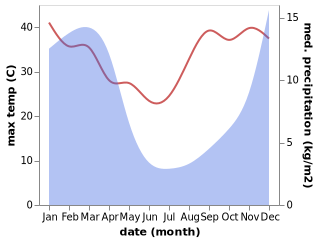