Pretoria in the region of Gauteng with its 1,619,438 inhabitants is a place in South Africa and is the capital of this country.

Time in Pretoria is now 08:54 PM (Monday) . The local timezone is named " Africa/Johannesburg " with a UTC offset of 2 hours. Depending on your budget, these more prominent locations might be interesting for you: Maseru, Gaborone, Mbabane, Manzini, and Westford. Since you are here already, consider visiting Maseru . We saw some hobby film on the internet . Scroll down to see the most favourite one or select the video collection in the navigation. Where to go and what to see in Pretoria ? We have collected some references on our attractions page.

Live African Song & Dance at Pretoria University (1). I know the video quality is bad, but the sound is good, and the performers are GREAT!!! ..

South Africa is known for its diversity, and eleven official languages are recognized in its Constitution. The first chapter of our video is devoted to Pretoria. It will be followed by a chapter calle ..

The South African Air Force Museum will be hosting the first air show of the year in Pretoria, just few months before AFB Waterkloof airshow. It will be held at Swartkop Airfield alongside Old Johanne ..

Church Square or Kerkplein, is the historic centre of the city of Pretoria, South Africa. Its most prominent feature is the statue of the Boer leader and president of the South African Republic Paul Kruger at its centre. Statues of four anonymous Boer citizen-soldiers surround that of Kruger's on a lower level of the plinth.

The Church Street bombing was a car bomb attack on 20 May 1983 by Umkhonto we Sizwe, the military wing of the African National Congress, in the South African capital Pretoria. The bombing killed 19 and wounded 217, and was one of the largest attacks engaged in by the ANC during its armed struggle against apartheid. The attack consisted of a car bomb set off outside the Nedbank Square building on Church Street at 4:30pm on a Friday.

Kruger House is the historical Pretoria residence of the Boer leader and President of the South African Republic, Paul Kruger. It was built in 1884 by architect Tom Claridge and builder Charles Clark. Milk was used, instead of water, for mixing the cement from which the house was constructed, as the cement available was of poor quality. The house was also one of the first in Pretoria to be lit by electricity.

The National Zoological Gardens of South Africa (also informally known as The Pretoria Zoo) is an 85-hectare zoo located in Pretoria, South Africa. It is the national zoo of South Africa, and was founded by J. W. B. Gunning.

The South African Reserve Bank is the central bank of South Africa. It was established in 1921 after Parliament passed an act, the "Currency and Bank Act of 10 August 1920," as a direct result of the abnormal monetary and financial conditions which World War I had brought. The SARB was only the fourth central bank established outside the United Kingdom and Europe, the others being the USA, Japan and Java. 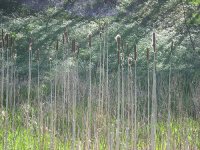 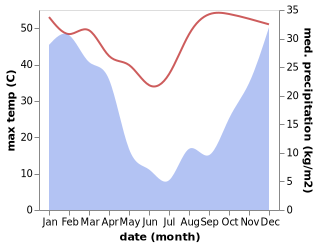