Delve into Gaborone in Botswana

Gaborone in the region of South East with its 208,411 residents is located in Botswana and is the capital of this country.

Local time in Gaborone is now 09:06 PM (Sunday) . The local timezone is named " Africa/Gaborone " with a UTC offset of 2 hours. Depending on your mobility, these larger destinations might be interesting for you: Tlokweng, Serowe, Molepolole, Mogoditshane, and Mochudi. While being here, you might want to check out Tlokweng . We discovered some clip posted online . Scroll down to see the most favourite one or select the video collection in the navigation. Are you curious about the possible sightsseing spots and facts in Gaborone ? We have collected some references on our attractions page.

Manchester United fan Tshepo Motsemme was treated to an experience to remember as the Barclays Premier League trophy arrived at his home in Botswana's capital city, Gaborone. Tshepo showed off the tro ..

A movie that depicts the lives of teenagers in a world of today's complex world (BOTSWANA), affected by the technology of cell phones, an attraction to expensive vehicles and a trade they make with th ..

The National Assembly is the legislature Botswana's unicameral Parliament. It is advised by the House of Chiefs, which is not a house of Parliament. The current National Assembly, formed following elections held on 16 October 2009, has a total of 63 members. 57 members are directly elected in single member constituencies using the simple-majority system for a term of five years. Four members are co-opted (by secret ballot of the rest of the Assembly) while the remaining two are ex-officio.

Gaborone is the capital and largest city of Botswana with a population of 231,626 based on the 2011 census, about 10% of the total population of Botswana. Its agglomeration is home to 421,907 inhabitants at the 2011 census. Gaborone is situated between Kgale and Oodi Hills, on the Notwane River in the southeastern corner of Botswana, and 15 kilometres from the South African border. The city is served by the Sir Seretse Khama International Airport.

The Roman Catholic Diocese of Gaborone is a diocese located in the city of Gaborone, Botswana, in the Ecclesiastical province of Pretoria in South Africa. The motto of the diocese is Deus Caritas Est, which means "God is love."

The Three Dikgosi Monument is a bronze sculpture located in the Central Business District of Gaborone, Botswana. The statues depict three dikgosi (tribal chiefs): Khama III of the Bangwato, Sebele I of the Bakwena, and Bathoen I of the Bangwaketse. Events are held at the monument such as the 2008 Miss Independence Botswana. A study conducted between January and August 2007 shows that the monument is the most visited tourist destination in Gaborone. 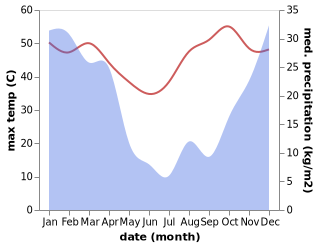