Current time in Mmabatho is now 01:24 PM (Sunday) . The local timezone is named " Africa/Johannesburg " with a UTC offset of 2 hours. Depending on the availability of means of transportation, these more prominent locations might be interesting for you: Maseru, Molepolole, Mochudi, Kanye, and Gaborone. Since you are here already, make sure to check out Maseru . We saw some video on the web . Scroll down to see the most favourite one or select the video collection in the navigation. Where to go and what to see in Mmabatho ? We have collected some references on our attractions page.

THe South African participants of the 2012 Ramosadi Primary School building project are welcoming the Dutch participants. ..

Mmabatho Stadium is a multi-purpose stadium in Mafikeng, South Africa. It is currently used mostly for football matches. The stadium holds 59,000 people and was designed and built in 1981 by a Russian construction firm.

Setumo Dam is a dam on the Molopo River near Mmabatho, North West, South Africa. It was established in 1995. 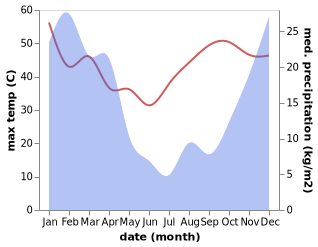