Current time in Kaunas is now 10:20 PM (Friday) . The local timezone is named " Europe/Vilnius " with a UTC offset of 2 hours. Depending on the availability of means of transportation, these more prominent locations might be interesting for you: Riga, Kaliningrad, Šiauliai, Raziai, and Raudondvaris. Since you are here already, make sure to check out Riga . We saw some video on the web . Scroll down to see the most favourite one or select the video collection in the navigation. Where to go and what to see in Kaunas ? We have collected some references on our attractions page.

Kaunas County is one of ten counties of Lithuania. It is in the centre of the country, and its capital is Kaunas. On 1 July 2010, the county administration was abolished, and since that date, Kaunas County remains as the territorial and statistical unit.

Žmuidzinavičius Museum, commonly known as the Devils' Museum, is a museum in Kaunas, Lithuania, dedicated to collecting and exhibiting sculptures and carvings of devils from all over the world. As of 2009, its holdings encompass about 3,000 exhibits. The collection was initiated by painter Antanas Žmuidzinavičius (1876–1966). A memorial museum was established in his house after his death. At the time the devil collection had only 260 sculptures.

The Kaunas State Drama Theatre is the biggest theatre in Kaunas, and one of the oldest functioning theatres in Lithuania.

The Vytautas the Great War Museum (Lithuanian: Vytauto Didžiojo karo muziejus) is a museum in Kaunas, Lithuania. It was opened on 16 February 1936 and named after Vytautas the Great, Grand Duke of Lithuania. The museum displays historical artefacts pertaining to Lithuania and Kaunas from prehistoric times to the present day, including a large collection of historical weapons. 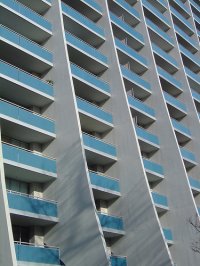 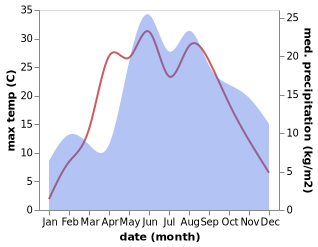