Panevėžys in the region of Panevėžio Apskritis with its 117,395 citizens is located in Lithuania - some 81 mi or ( 130 km ) North-West of Vilnius , the country's capital city .

Time in Panevėžys is now 05:09 PM (Friday) . The local timezone is named " Europe/Vilnius " with a UTC offset of 2 hours. Depending on your budget, these more prominent places might be interesting for you: Riga, Kaliningrad, Tallinn, Zubiskiai, and Zaliapurviai. Being here already, consider visiting Riga . We collected some hobby film on the internet . Scroll down to see the most favourite one or select the video collection in the navigation. Check out our recomendations for Panevėžys ? We have collected some references on our attractions page.

Have Yourself A Merry Little Christmas Live

Have Yourself A Merry Little Christmas live performance by Parsla Kokina at Babilonas Shopping Center. ..

Cido Arena is the largest multifunctional arena in Panevėžys, Lithuania. It generally hosts cycling track events, as well as basketball games, concerts. The basketball club BC Techasas, which currently competes in the domestic LKL league, uses the facility for all of its LKL home fixtures. It was opened on October 24, 2008. It replaced Sports Palace Aukštaitija as the home of BC Techasas. The arena boasts an indoor 250 m long olympic cycling track, the only one in the Baltic States.

Sports Palace Aukštaitija is an indoor sporting arena located in Panevėžys, Lithuania. The capacity of the arena is 2,000 people. It was formerly home to the KK Panevėžys basketball team, later renamed to BC Techasas of the premier domestic league LKL.

Aukštaitija Stadium is a multi-purpose stadium in Panevėžys, Lithuania. It is currently used mostly for football matches and is the home ground of FK Ekranas Panevėžys. It is named after Aukštaitija, one of the five regions of Lithuania.

The Cathedral of Christ the King (Lithuanian: Kristaus Karaliaus katedra) in Panevėžys, Lithuania, is a Roman Catholic cathedral, seat of the Roman Catholic Diocese of Panevėžys.

Panevėžys County is one of ten counties in Lithuania. It is in the north-east of the country, and its capital is Panevėžys. On 1 July 2010, the county administration was abolished, and since that date, Panevėžys County remains as the territorial and statistical unit. 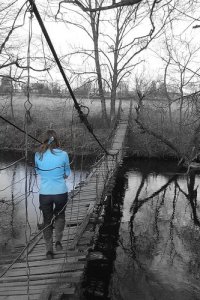 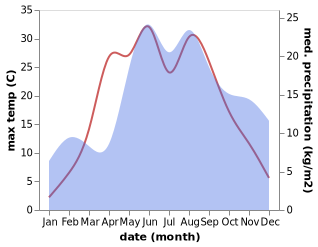