Tallinn in the region of Harjumaa with its 394,024 citizens is a city located in Estonia and is the capital of this country.

Time in Tallinn is now 07:56 PM (Sunday) . The local timezone is named " Europe/Tallinn " with a UTC offset of 2 hours. Depending on your travel resources, these more prominent places might be interesting for you: Riga, Daugavpils, Pskov, Viljandi, and Viimsi. Being here already, consider visiting Riga . We collected some hobby film on the internet . Scroll down to see the most favourite one or select the video collection in the navigation. Check out our recomendations for Tallinn ? We have collected some references on our attractions page.

Tallinn is a mix of east and west. Its Nordic Lutheran culture and language connect it with Scandinavia's Stockholm and Helsinki. But two centuries of Tsarist Russian rule and nearly 50 years as part ..

The city of Tallinn, capital of Estonia, offers the rare possibility of observing freely, without tricks of the eye nor violence. People welcome the watching eye naturally, they do not feel offended n ..

Trams of Tallinn at Narva Maantee

Kesklinn (City centre) is one of the 8 administrative districts of Tallinn, the capital of Estonia. It is situated on the Tallinn Bay and bordered to the northwest by the district of Põhja-Tallinn, to the west by Kristiine, to the southwest by Nõmme, to the east by Lasnamäe and Pirita, and to the south by Rae Parish, beyond Lake Ülemiste. The island of Aegna, located in the Tallinn Bay, also falls within this administrative district.

The Estonia Theatre is an opera house and concert hall in Tallinn, Estonia. The Jugendstil building was designed by Finnish architects Armas Lindgren and Wivi Lönn. It was built as a national effort with the leadership of Estonia society in 1913 and was opened to the public on 24 August. At the time, it was the largest building in Tallinn. The opera house was heavily damaged in the Soviet air raid on Tallinn on 9 March 1944.

The Estonian Academy of Arts is the only public university in Estonia providing higher education in art, design, architecture, media, art history and conservation-restoration. It is based in Tallinn.

The Raeapteek (English: Town Hall Pharmacy; German: Ratsapotheke) is in the center of Tallinn city, Estonia. Opposite the Town Hall, at house number 11, it is one of the oldest continuously running pharmacies in Europe, having always been in business in the same exact house since the early 15th century. It is also the oldest commercial enterprise and the oldest medical establishment in Tallinn.

The Duchy of Estonia, also known as Swedish Estonia, was a dominion of the Swedish Empire from 1561 until 1721, when it was ceded to Russia in the Treaty of Nystad, following its capitulation, during the plague, in the Great Northern War. The dominion arose during the Livonian War, when the northern parts of present-day Estonia submitted to the Swedish king in 1561, and Läänemaa in 1581. 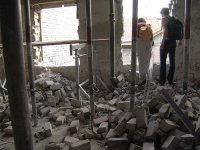 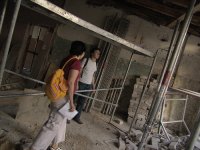 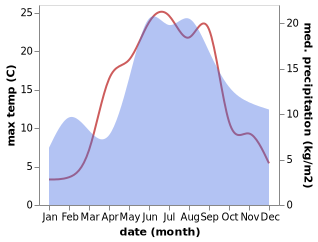