Helsinki in the region of Province of Southern Finland with its 558,457 inhabitants is a town in Finland and is the capital of this country.

Current time in Helsinki is now 11:02 PM (Wednesday) . The local timezone is named " Europe/Helsinki " with a UTC offset of 2 hours. Depending on the availability of means of transportation, these more prominent locations might be interesting for you: Riga, Pskov, Tartu, Tallinn, and Vantaa. Since you are here already, make sure to check out Riga . We encountered some video on the web . Scroll down to see the most favourite one or select the video collection in the navigation. Where to go and what to see in Helsinki ? We have collected some references on our attractions page.

Helsinki is set in a natural wonderland, and the several-hundred islands of its archipelago provide a delightful playground for a boat tour. We also visit a sauna, which, for the Finns, is a lifestyle ..

In 1812, after Russia won Finland in a battle against Sweden, the capital moved to Helsinki. Just over 100 years later, Finland gained independence from Russia in 1917 and began developing into what w ..

Kamppi Centre is a complex in the Kamppi district in the centre of Helsinki, designed by various architects, the main designer, however, being Juhani Pallasmaa. It is said to be Helsinki's new downtown commercial and residential centre. As a four-year construction project, it was the largest singular construction site in the history of Finland, involving the extensive and difficult redevelopment of the Kamppi district in downtown Helsinki.

Lasipalatsi (Swedish: Glaspalatset; meaning literally "the Glass palace") is a functionalist office building designed in the 1930s, located on Mannerheimintie in the Kamppi district of Helsinki, Finland. Lasipalatsi is one of Helsinki's most notable functionalist buildings. An earlier building at the same location was the Turku barracks, which was destroyed in the Finnish Civil War in 1918.

The Kamppi metro station is a station on the Helsinki Metro. In addition to serving the area around Kamppi in central Helsinki, the station is integrated with the Kamppi Center bus terminal and shopping complex. The station was opened on 1 March 1983, designed by Eero Hyvämäki, Jukka Karhunen, and Risto Parkkinen. It is located 1.2 kilometres from the Ruoholahti metro station, and 0.5 kilometres from the Central Railway Station.

Kiasma (built 1993–1998) is a contemporary art museum located on Mannerheimintie in Helsinki, Finland. Its name kiasma, Finnish for chiasma, alludes to the basic conceptual idea of its architect, Steven Holl. The museum exhibits the contemporary art collection of the Finnish National Gallery founded in 1990. Its central goal is to make contemporary art better known and strengthen its status. 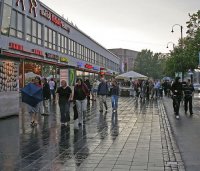 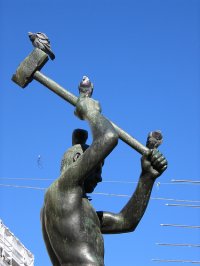 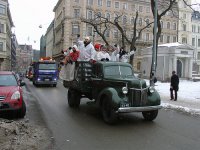 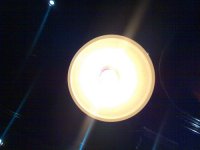 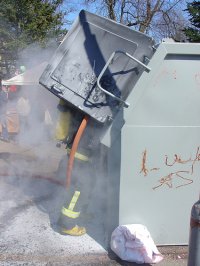 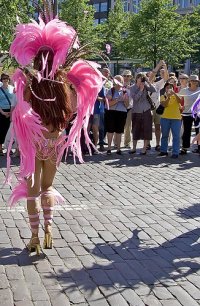 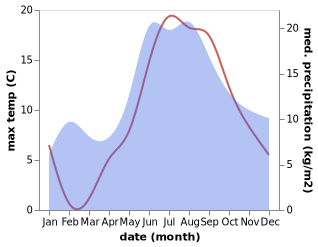