Delve into Napier in New Zealand

Local time in Napier is now 08:30 AM (Friday) . The local timezone is named " Pacific/Auckland " with a UTC offset of 13 hours. Depending on your mobility, these larger destinations might be interesting for you: Westshore, Wellington, Te Awanga, Richmond, and Palmerston North. While being here, you might want to check out Westshore . We discovered some clip posted online . Scroll down to see the most favourite one or select the video collection in the navigation. Are you curious about the possible sightsseing spots and facts in Napier ? We have collected some references on our attractions page.

The Green House on the Hill ,Napier,Hawkes Bay

A taste of Napier and The Green House on the Hill, North Island, New Zealand ..

IMAGE We Are The People Live at The Sound Shell

IMAGE; Mia and Iris (both aged 13) along with Felix (12) captured live at The Sound Shell, Marine Parade, Napier on 7th July, 2012. "We Are The People" is another new, original song by IMAGE, performe ..

Napier Girls' High School is a state secondary school on Clyde Road, Napier, New Zealand. It has a current school roll of over 900.

The Port of Napier is located on Hawke Bay in Napier, Hawke's Bay, New Zealand. The port is connected to the rail network via the Ahuriri Branch. On 16 February 2008 the Port was visited by the longest vessel it has ever received, the MS Queen Victoria cruise ship belonging to Cunard. Hastings District, as one of the largest apple, pear and stone fruit producing areas in New Zealand has an important relationship with the Napier Port.

The Diocese of Waiapu is one of the thirteen dioceses and hui amorangi of the Anglican Church in Aotearoa, New Zealand and Polynesia. The Diocese covers the area around the East Coast of the North Island of New Zealand, including Tauranga, Taupo, Gisborne, Hastings and Napier. It is named for the Waiapu River. The diocese was established in 1858. The seat of the Bishop of Waiapu is at the Cathedral of St John the Evangelist in Napier. The incumbent Bishop of Waiapu is the Rt Rev'd David Rice.

Marineland of New Zealand was a marine mammal park in Napier, New Zealand. The park opened in 1965 and closed to the public in 2008. It has had several species of native marine wildlife, including the common dolphin, the New Zealand fur seal, little blue penguin and gannets. Marineland also has California sea lions, a sulphur crested cockatoo, otters and more.

McLean Park is a sports ground in Napier, New Zealand. The two main sports played at the ground are cricket and rugby union. It is one of the 10 proper cricket grounds of New Zealand. McLean Park is a sportsground of international standards which includes the main outdoor stadium and the indoor Rodney Green Centennial Events Centre. The home teams for this ground are the Hawke's Bay Rugby Union and Central Districts Cricket Association. 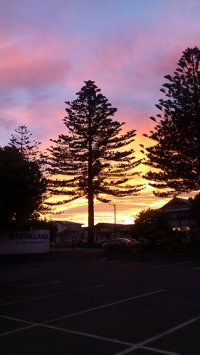 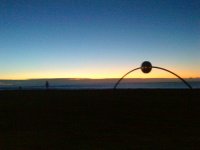 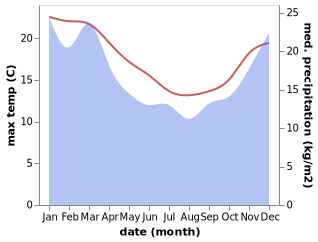