Current time in Rotorua is now 04:11 AM (Tuesday) . The local timezone is named " Pacific/Auckland " with a UTC offset of 13 hours. Depending on the availability of means of transportation, these more prominent locations might be interesting for you: Wellington, Tarukenga, Rotokawa, Richmond, and Punaroma. Since you are here already, make sure to check out Wellington . We encountered some video on the web . Scroll down to see the most favourite one or select the video collection in the navigation. Where to go and what to see in Rotorua ? We have collected some references on our attractions page.

The next stop for Daven and Michelle is Hells Gate, Rotorua's most active geothermal park which is known as a special place of wellness. After taking a tour of the area and learning about the mud's sk ..

Daven and Michelle explore a Maori food trail to learn more about the native edible plants and traditional Maori foods with their guide, Chef Charles, who later prepares a special meal for them to enj ..

Daven and Michelle seek out action and adventure at Rotorua's thrilling adventure playground: Agroventures. After testing out the freefall simulator and racing on the schweeb bicycle pods, Daven and M ..

Rotorua Boys' High School is a state school educating boys from Year 9 to Year 13. It is situated just outside of the Rotorua CBD at the intersection of Old Taupo Road and Pukuatua Street in Rotorua, New Zealand. It is notable for considerable sporting success, having won on several occasions the New Zealand and World secondary school championships in rugby and the world secondary school golf championship in consecutive years.

The Energy Events Centre is a sports complex in Rotorua, New Zealand. The centre can hold up to 3,500 people and was finished in February 2007. The main court is the current alternate home for the Waikato/Bay of Plenty Magic netball team in the ANZ Championship. The franchise uses Mystery Creek Events Centre in Hamilton as their main home venue, with Queen Elizabeth Youth Centre in Tauranga as another alternate home.

John Paul College is a secondary school in Rotorua, New Zealand. It caters for year 7 to 13 boys and girls and offers a Catholic education to its students. It was opened in 1987 and combined two existing schools, Edmund Rice College (for boys) and MacKillop College (for girls). The school was founded to serve the Catholic families of Rotorua. John Paul College incorporates strong Catholic values, being named after the late Pope John Paul II. 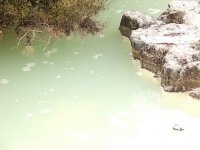 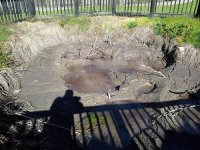 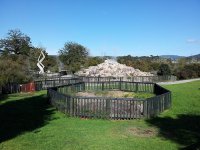 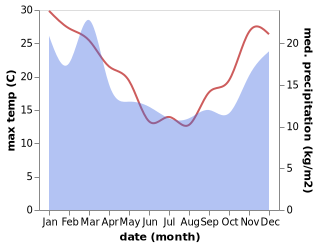