Time in Mehamn is now 11:30 AM (Thursday) . The local timezone is named " Europe/Oslo " with a UTC offset of 1 hours. Depending on your budget, these more prominent locations might be interesting for you: Utsjoki, Varangerbotn, Vadsø, Lakselv, and Kjollefjord. Since you are here already, consider visiting Utsjoki . We saw some hobby film on the internet . Scroll down to see the most favourite one or select the video collection in the navigation. Where to go and what to see in Mehamn ? We have collected some references on our attractions page.

Mehamn Chapel is a chapel in Gamvik Municipality in Finnmark county, Norway. It is located in the village of Mehamn. The chapel is part of the Gamvik parish in the Hammerfest deanery in the Diocese of Nord-Hålogaland. The concrete chapel was built in 1965 and it seats about 200 people.

Mehamn Airport is a regional airport serving the village of Mehamn in Gamvik Municipality in Finnmark county, Norway. The airport is located 2 kilometers outside of the village of Mehamn and is owned and operated by the state-owned Avinor. The asphalt runway is 880 meters . Services are operated by Widerøe using Dash 8-100 aircraft which connect to other communities in Finnmark. The routes are subsidized by the Ministry of Transport and Communications through public service obligations. 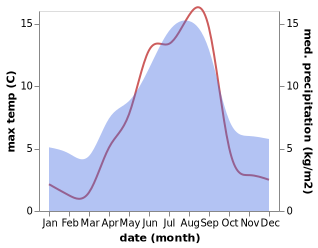