Bucharest in the region of Bucureşti with its 1,877,155 inhabitants is a town in Romania and is the capital of this country.

Current time in Bucharest is now 05:02 AM (Thursday) . The local timezone is named " Europe/Bucharest " with a UTC offset of 2 hours. Depending on the availability of means of transportation, these more prominent locations might be interesting for you: Chişinău, Voluntari, Popesti-Leordeni, Ploieşti, and Piteşti. Since you are here already, make sure to check out Chişinău . We saw some video on the web . Scroll down to see the most favourite one or select the video collection in the navigation. Where to go and what to see in Bucharest ? We have collected some references on our attractions page.

www.auto-rent.ro | http Since years we have developed car rental activity in Romania. We started this business as a local rent a car provider, in Bucharest, and focused our attention on customers' nee ..

www.inyourpocket.com Call it Lipscani, call it the Historic Centre (Centru Istoric, in Romanian), call it what you like. But the area of Bucharest described by the river to the south, Calea Victoriei ..

Bucharest is the capital municipality, cultural, industrial, and financial centre of Romania. It is the largest city in Romania, located in the southeast of the country, at {{#invoke:Coordinates|coord}}{{#coordinates:44|25|57|N|26|06|14|E|scale:100000 |primary |name= }}, lies on the banks of the Dâmbovița River, less than 70 kilometres north of the Danube. Bucharest was first mentioned in documents in 1459.

The Kilometre Zero monument located in central Bucharest, Romania, in front of Saint George's Church, was created by Constantin Baraski in 1938. The distances from Bucharest to other cities in Romania are measured from this monument. It is divided into eight sections, each representing a Romanian historical province: Muntenia, Dobrogea, Bessarabia, Moldavia, Bucovina, Transylvania, Banat and Oltenia.

More reading: Wikipedia Article
Located at 44.43 26.10 (Lat./Long.); Less than 0 km away
Tags: Buildings and structures completed in 1938, Geography of Bucharest, Geography of Romania, Monuments and memorials in Bucharest

Lipscani is a street and a district of Bucharest, Romania, which in the Middle Ages was the most important commercial center of Bucharest and the whole Wallachia. It is located near the ruins of the old Princely Court built by Vlad III the Impaler.

Manuc's Inn was, until it was recently shut for restoration and refurbishment, the oldest operating hotel building in Bucharest, Romania; it also housed a popular restaurant, several bars, a coffee-house, and (facing the street) several stores and an extensive bar. Its massive, multiply balconied courtyard hosted many performances and fairs and was a popular place for Romanian television crews to shoot folkloric performances. 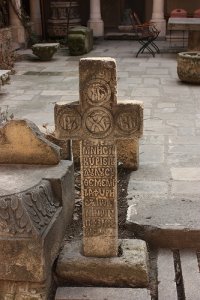 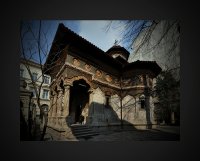 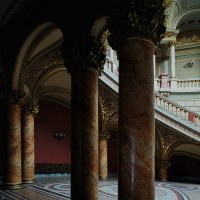 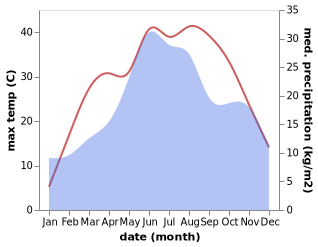