Local time in Cluj-Napoca is now 10:19 PM (Wednesday) . The local timezone is named " Europe/Bucharest " with a UTC offset of 2 hours. Depending on your flexibility, these larger cities might be interesting for you: Valcele, Tureni, Târgu Mureş, Sibiu, and Savadisla. When in this area, you might want to check out Valcele . We found some clip posted online . Scroll down to see the most favourite one or select the video collection in the navigation. Are you looking for some initial hints on what might be interesting in Cluj-Napoca ? We have collected some references on our attractions page.

The Eurofan (Tom Deacon) heads to Transylvania, has a kickabout, tries the local spirit, meets Lee Dixon & the club owner, as he becomes a CFR Cluj fan for their Champions League match vs Man United. ..

After New Year in Cluj-Napoca 2010

I hope u like it, i think its kind'of relaxing...it wasn't hard to make because the video and the song matched very smoothly, apparently. And in case you were wondering, the car was a golf 3 coupe, no ..

The Cluj-Napoca Tailors' Tower is located at the southeast corner of the old Cluj-Napoca citadel. It was built in the 15th century and rebuilt between 1627 and 1629, assuming its present form. It was named after the Tailors' Guild, who took care of and guarded this part of the city. Near the tower — where Baba Novac, general of Michael the Brave and Saski priest, was killed in 1601 by General Basta — there is a statue of Baba Novac.

The Lucian Blaga National Theatre in Cluj-Napoca, Romania is one of the most prestigious theatrical institutions in Romania. The theatre shares the same building with the Romanian Opera.

Dormition of the Theotokos Cathedral, Cluj-Napoca

The Dormition of the Theotokos Cathedral (Romanian: Catedrala Adormirea Maicii Domnului) is the most famous Romanian Orthodox church of Cluj-Napoca, Romania. Built in a Romanian Brâncovenesc style, a synthesis of Renaissance and Byzantine architecture, it lies on the Avram Iancu Square, together with the Cluj-Napoca National Theatre and the Avram Iancu Statue. The Cathedral is the seat of the Metropolitan of Cluj, Alba, Crişana and Maramureş. It is dedicated to the Dormition of the Theotokos .

The Capitoline Wolf Statue in Cluj-Napoca, Romania is located on Eroilor Boulevard, in the city centre on the banks of the Someşul Mic river.

The Babeș-Bolyai University (UBB—Universitatea Babeș-Bolyai, Hungarian: Babeș-Bolyai Tudományegyetem) in Cluj-Napoca is a university in Romania. With almost 50,000 students, the university offers 105 specialisations; 105 are available in Romanian, and also 67 of them in Hungarian, 17 in German and 5 in English. The university was named after prominent scientists from Transylvania: the Romanian bacteriologist Victor Babeș and the Hungarian mathematician János Bolyai. 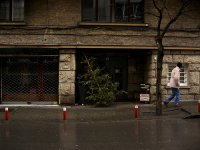 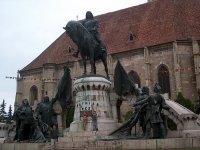 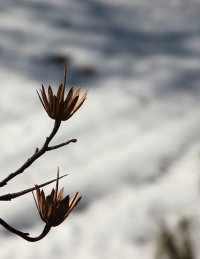 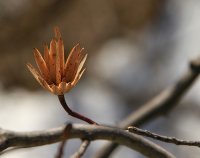 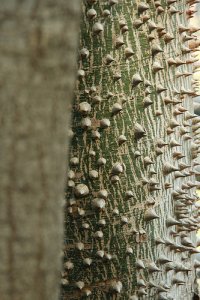