Local time in Lviv is now 04:55 AM (Tuesday) . The local timezone is named " Europe/Kiev " with a UTC offset of 2 hours. Depending on your flexibility, these larger cities might be interesting for you: Oradea, Iaşi, Cluj-Napoca, Zboyscha, and Solonka. When in this area, you might want to check out Oradea . We found some clip posted online . Scroll down to see the most favourite one or select the video collection in the navigation. Are you looking for some initial hints on what might be interesting in Lviv ? We have collected some references on our attractions page.

Driving in the heart of Lviv

We are escorted through the back passages of this once leading East European city, and can marvel at the glorious past of the place still shining through, despite its secondary position today. ..

The Archcathedral Basilica of the Assumption of the Blessed Virgin Mary, in Lviv, in western Ukraine, usually called simply the Latin Cathedral, is located in city's Old Town, in the south western corner of market square. The first church built on this site was a small wooden Roman Catholic church dedicated to the Holy Trinity, built in 1344 and lost in a fire six years later.

Chapel of the Boim family

The Chapel of Boim family is a small shrine in Lviv, Ukraine, located just outside the Latin Cathedral, in what used to be known as the Chapter Square. Built between 1609 and 1615, the chapel was originally located in what used to be the city's main cemetery. Founded by mighty merchants, Jerzy Boim and his wife Jadwiga Niżniowska, the Boim chapel was finished by their son, Paweł Jerzy Boim.

The Lwów Ghetto was a World War II Jewish ghetto established and operated by Nazi Germany in the city of Lwów (since 1945 Lviv, Ukraine) in the territory of Nazi-administered General Government in German-occupied Poland. The Lwów Ghetto was one of the largest Jewish ghettos established by Nazi Germany after the joint Nazi-Soviet invasion of Poland.

Lviv Theatre of Opera and Ballet

The Scottish Book was a thick notebook used by mathematicians of the Lwow School of Mathematics for jotting down problems meant to be solved. The notebook was named after the "Scottish Café" where it was kept. Originally, the mathematicians who gathered at the cafe would write down the problems and equations directly on the cafe's marble table tops, but these would be erased at the end of each day, and so the record of the preceding discussions would be lost. 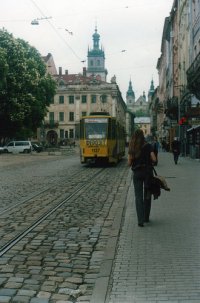 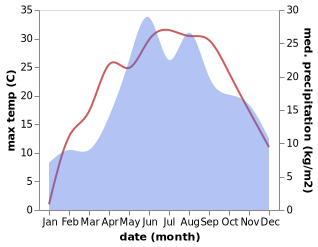