You are here: » » » Constantinople

Delve into Constantinople in Turkey

Current time in Constantinople is now 09:35 PM (Saturday) . The local timezone is named " Europe/Istanbul " with a UTC offset of 2 hours. Depending on your travel modalities, these larger destinations might be interesting for you: İzmir, Ankara, Bucharest, Varna, and Zeytinburnu. While being here, make sure to check out İzmir . We encountered some video on the web . Scroll down to see the most favourite one or select the video collection in the navigation. Are you curious about the possible sightsseing spots and facts in Constantinople ? We have collected some references on our attractions page.

Best Western Senator Hotel considered as one of the best hotel in old city with it's historical look, perfect decoration and comfort.Maximum satisfaction of the customer is our main objective. With th ..

Here are some old pictures of the Christos Ho Pantepoptes church, / Imareti Atik Mosque in Fatih Istanbul. This is an original Byzantium structure. I would like to provide further detail of the struct ..

The Column of Marcian is a Roman honorific column erected in Constantinople by the praefectus urbi Tatianus (450-c.452) and dedicated to the Emperor Marcian (450-57). It is located in the present-day Fatih district of Istanbul. The column is not documented in any late Roman or Byzantine source and its history has to be inferred from its location, style and dedicatory inscription. The column is carved from red-grey Egyptian granite, in two sections.

Istanbul is the largest city in Turkey, constituting the country's economic, cultural, and historical heart. With a population of 13.9 million, the city forms one of the largest urban agglomerations in Europe and is among the largest cities in the world by population within city limits. Istanbul's vast area of 5,343 square kilometers is coterminous with Istanbul Province, of which the city is the administrative capital.

The Şehzade Mosque is an Ottoman imperial mosque located in the district of Fatih, on the third hill of Istanbul, Turkey. It is sometimes referred to as the “Prince's Mosque” in English. 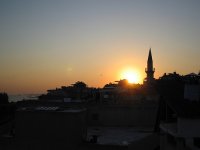 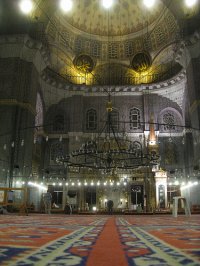 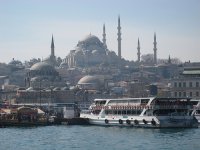 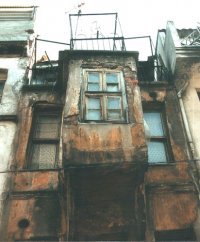 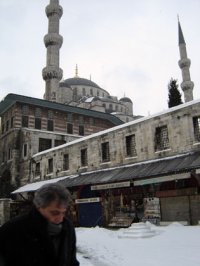 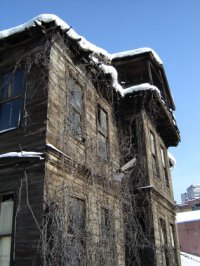 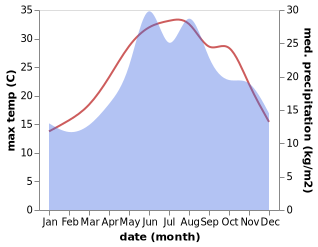