Ankara in the region of Ankara with its 3,517,182 inhabitants is a town in Turkey and is the capital of this country.

Current time in Ankara is now 07:10 AM (Friday) . The local timezone is named " Europe/Istanbul " with a UTC offset of 2 hours. Depending on the availability of means of transportation, these more prominent locations might be interesting for you: Yakupabdal, Polatlı, Muhye, Mamak, and Kirikkale. Since you are here already, make sure to check out Yakupabdal . We saw some video on the web . Scroll down to see the most favourite one or select the video collection in the navigation. Where to go and what to see in Ankara ? We have collected some references on our attractions page.

Müzik/Music: Ateşini yolla (Hakan Peker) Ankara is the capital of Turkey and the country's second largest city after Istanbul. The city has a mean elevation of 938 metres (3077 ft),and as of 2010 the ..

Short spots from the film MAQUILAPOLIS [city of factories] by Vicky Funari and Sergio De La Torre. A co-production of the Independent Television Service (ITVS). A project of Creative Capital and this ..

A Trip Through Ankara - Ankara'da Yolculuk

The Kocatepe Mosque is the largest mosque in Ankara, the capital of Turkey. It was built between 1967 and 1987 in the Kocatepe quarter in Kızılay, and its size and prominent situation have made it a landmark that can be seen from almost anywhere in central Ankara.

The Grand National Assembly of Turkey (TBMM, Turkish: Türkiye Büyük Millet Meclisi), usually referred to simply as the Meclis ("parliament"), is the unicameral Turkish legislature. It is the sole body given the legislative prerogatives by the Turkish Constitution. It was founded in Ankara on 23 April 1920 in the midst of the Turkish War of Independence.

The Ethnography Museum of Ankara is a museum of ethnography dedicated to the cultures Turkish civilizations. The building was designed by architect Arif Hikmet Koyunoğlu and was built between 1925 and 1928. The museum temporarily hosted the sarcophagus of Mustafa Kemal Atatürk from November 21, 1938 until November 10, 1953, during the period of the construction of Anıtkabir, its final resting place.

The State Art and Sculpture Museum is a museum dedicated to fine arts and sculpture in Ankara, Turkey. It was designed in 1927 by architect Arif Hikmet Koyunoğlu and built between 1927 and 1930 as the Türkocağı Building, upon the direction of Mustafa Kemal Atatürk, the founder and first President of Turkey. It is located close to the Ethnography Museum and houses a rich collection of Turkish art from the late 19th century to the present day. There are also galleries for guest exhibitions. 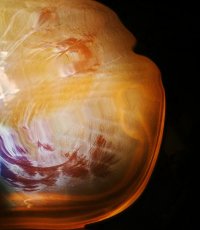 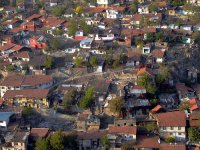 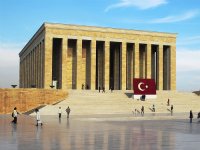 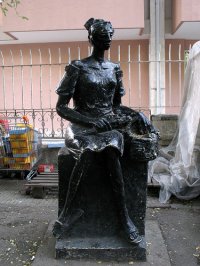 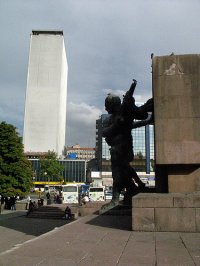 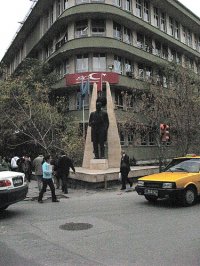 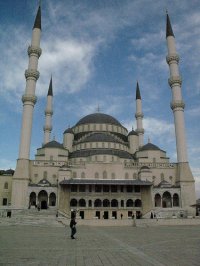 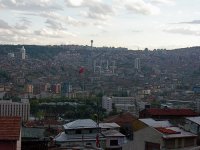 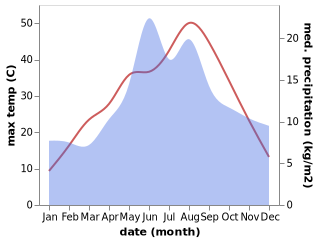