Current time in Polatlı is now 01:04 AM (Monday) . The local timezone is named " Europe/Istanbul " with a UTC offset of 2 hours. Depending on the availability of means of transportation, these more prominent locations might be interesting for you: Yunak, Yenimehmetli, Karailyas, Talikuyu, and Sivrihisar. Since you are here already, make sure to check out Yunak . Where to go and what to see in Polatlı ? We have collected some references on our attractions page.

Polatlı is a city and a district in Ankara Province in the Central Anatolia region of Turkey, 80 km west of the Turkish capital Ankara, on the road to Eskişehir. According to 2010 census, population of the district is 117,473 of which 98,605 live in the city of Polatlı. The district covers an area of 3,789 km², and the average elevation is 850 m.

Basri, Polatlı is a village in the District of Polatlı, Ankara Province, Turkey. 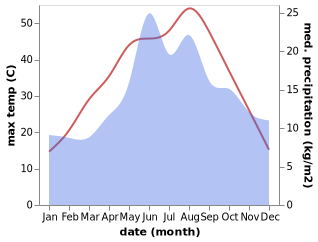