Local time in Gergebil' is now 10:24 AM (Friday) . The local timezone is named " Europe/Moscow " with a UTC offset of 4 hours. Depending on your flexibility, these larger cities might be interesting for you: Tunzy, Mogokh, Makhachkala, Kuppa, and Kizilyurt. When in this area, you might want to check out Tunzy . We found some clip posted online . Scroll down to see the most favourite one or select the video collection in the navigation. Are you looking for some initial hints on what might be interesting in Gergebil' ? We have collected some references on our attractions page.

A drive through the Republic of Dagestan

A short trip through Republic of please bear in mind this was filmed entirely on a phone - A Nokia N93 that had been round the world twice All footage is from the loverly Republic of Dagestan, Souther ..

Gunib, also spelled Ghunib, is a rural locality and the administrative center of Gunibsky District of the Republic of Dagestan, Russia. Population: 2,406; 2,405. Gunib was historically important as a natural fortress during the Caucasian War of the 19th century. Imam Shamil, leader of the Chechen and Daghestani tribes, made his last stand against the Russians at Gunib, where he gave himself up to the Russian commander, Prince Alexander Baryatinsky, on August 25, 1859.

Karamakhi is a rural locality in Buynaksky District of the Republic of Dagestan, Russia. Population: 4,537; 3,647. 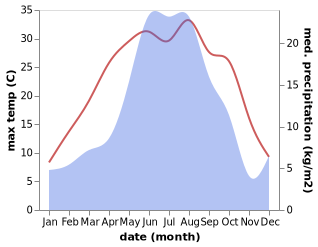