Current time in Jaén is now 09:51 PM (Monday) . The local timezone is named " Europe/Madrid " with a UTC offset of 1 hours. Depending on the availability of means of transportation, these more prominent locations might be interesting for you: Torre del Campo, Pegalajar, Otinar, Marbella, and Málaga. Since you are here already, make sure to check out Torre del Campo . We encountered some video on the web . Scroll down to see the most favourite one or select the video collection in the navigation. Where to go and what to see in Jaén ? We have collected some references on our attractions page.

More reading: Wikipedia Article
Located at 37.76 -3.79 (Lat./Long.); Less than 1 km away
Tags: Buildings and structures in the Province of Jaén (Spain), Cathedrals in Spain, Churches in Andalusia, Renaissance architecture in Spain

Nuevo Estadio de La Victoria is a stadium in Jaén, Spain. It is currently used for football matches and is the home stadium of Real Jaén. The stadium holds 12,569 spectators.

More reading: Wikipedia Article
Located at 37.77 -3.80 (Lat./Long.); Less than 1 km away
Tags: 13th-century architecture, Buildings and structures in the Province of Jaén (Spain), Castles in Andalusia, Hotels in Andalusia

The University of Jaén (UJA or UJAEN) is a public university based in Jaén, Andalucía, Spain. It is a young university established by Law 5 / 1993 of the Andalusian Parliament of July 1, 1993. In addition to the principal campus, Campus Lagunillas, located in Jaén, the university has two satellite campuses in Linares and Úbeda. Currently under construction is the Scientific-Technological Campus in Linares.

Torredelcampo is a city located in the province of Jaén, Spain. The village is located 11 km northwest of Jaén, bordering the highway A-316, at 640 meters above sea level . According to the 2006 census, the city has a population of 14,076 inhabitants. 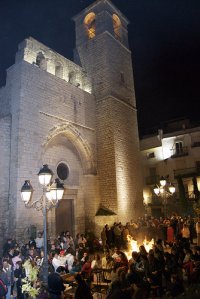 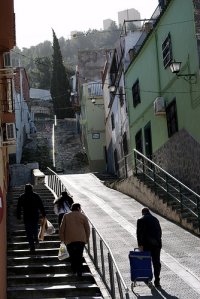 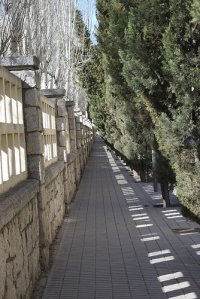 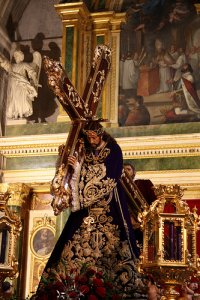 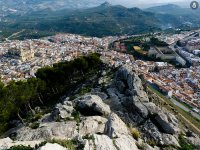