Time in Toledo is now 04:44 AM (Tuesday) . The local timezone is named " Europe/Madrid " with a UTC offset of 1 hours. Depending on your travel resources, these more prominent places might be interesting for you: Villaseca de la Sagra, Polan, Olias del Rey, Mocejon, and Magan. Being here already, consider visiting Villaseca de la Sagra . We collected some hobby film on the internet . Scroll down to see the most favourite one or select the video collection in the navigation. Check out our recomendations for Toledo ? We have collected some references on our attractions page.

Toledo is so well-preserved and packed with cultural wonder that the entire city has been declared a national monument. It's an ideal place to savor the delights of Spain: cultural, historic and tasty ..

No painter before or since has captured the mystery of the spiritual world like the painter El Greco. His unique style of painting developed in Toledo, Spain. Join Rick on a visit to the Santa Cruz Mu ..

The interactive KENOEFF-LZFILM-coproduction: One late afternoon in Toledo (Another scene from CHERCHEZ LA CAM) Toledo was for a long time the capital of the country that we call Spain nowadays. Founde ..

The Alcázar of Toledo is a stone fortification located in the highest part of Toledo, Spain. Once used as a Roman palace in the 3rd century, it was restored under Charles I and Philip II of Spain in the 1540s. In 1521, Hernán Cortés was received by Charles I at the Alcázar, following Cortes' conquest of the Aztecs.

Siege of the Alcázar

The Siege of the Alcázar was a highly symbolic Nationalist victory in Toledo in the opening stages of the Spanish Civil War. The Alcázar of Toledo was held by a variety of military forces in favor of the Nationalist uprising. Militias of the parties in the Popular Front began their siege on July 21, 1936. The siege ended on September 27 with the arrival of the Army of Africa under Francisco Franco.

The Mosque of Cristo de la Luz is a former mosque in Toledo, Spain, the only one of the ten once existing in the city which remains largely as it was in the Moorish period. It was then known as Mezquita Bab-al-Mardum, deriving its name from the city gate Bab al-Mardum. It is located near the Puerta del Sol, in an area of the city once called Medina where wealthy Muslims used to live.

The Puerta Bab al-Mardum, or Puerta de Valmardón, is a city gate of Toledo, Spain. It was built in the 10th century and is probably the oldest gate of the city. Its name 'mardum' is Arabic for 'blocked up'. Perhaps because its function was taken over by the Puerta del Sol. The Spanish name Valmardón is a rough, phonetic imitation of the Arabic. 'Mezquita Bab al-Mardum' is another name for the nearby Mosque of Cristo de la Luz. 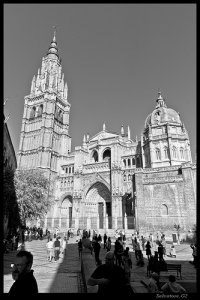 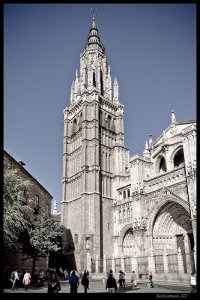 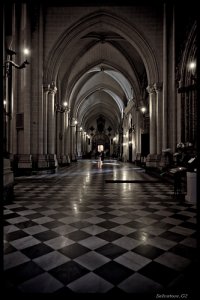 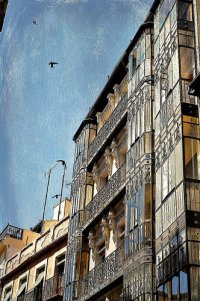 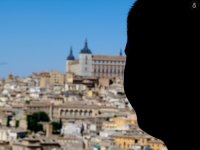 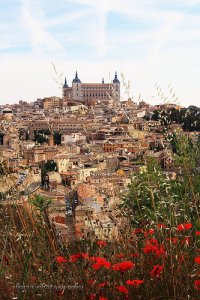 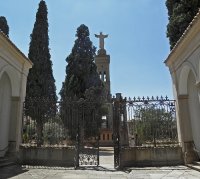 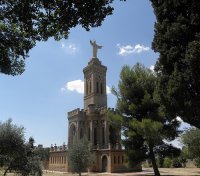 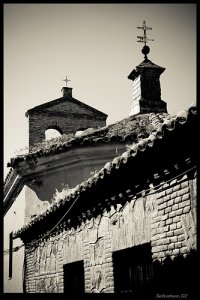