Local time in Cubelles is now 07:08 AM (Sunday) . The local timezone is named " Europe/Madrid " with a UTC offset of 1 hours. Depending on your flexibility, these larger cities might be interesting for you: Nîmes, Montpellier, Marseille, Bordeaux, and Aix-en-Provence. When in this area, you might want to check out Nîmes . We found some clip posted online . Scroll down to see the most favourite one or select the video collection in the navigation. Are you looking for some initial hints on what might be interesting in Cubelles ? We have collected some references on our attractions page.

The breathtaking final of the 20 minute fireworks yearly in Vilanova i la Geltrú (Spain) 4 August 2007. See the same fireworks -20 sec. from a different angle here www.youtube.com ..

"Arrivo" - the Friday when the Carnival king arrives in Vilanova i la Geltrú (Barcelona) - is celebrated with a parade where more than 50 teams use their float to make a satirical comment on recent lo ..

The Can Papiol Romanticism Museum (Catalan: Museu Romàntic Can Papiol) is a museum located in the historic centre of Vilanova i la Geltrú. It is a manor house dating from the end of the 18th century and is characteristic both for the furniture and decorative elements preserved from the time. Its aim is to evoke 19th-century society by analysing the everyday life of a well-to-do family of the time. The museum is part of the Barcelona Provincial Council Local Museum Network.

The Museu del Ferrocarril de Catalunya (Catalonia Railway Museum) in Vilanova i la Geltrú has a large collection of historic railway locomotives and other rolling stock in the former station roundhouse and on its surrounding outdoor grounds. Located close to the railway station in Vilanova i la Geltrú, 40 km south of Barcelona.

L'Arboç is a village in the province of Tarragona and autonomous community of Catalonia, Spain.

More reading: Wikipedia Article
Located at 41.27 1.60 (Lat./Long.); Less than 9 km away
Tags: Populated places in the Province of Tarragona

Penedès is a natural and historical region of the autonomous community of Catalonia, Spain. It is located in the south of the Principality of Catalonia between the pre-coastal mountain range (Serralada Pre-litoral) and the Mediterranean sea. The comarcal division of the Generalitat de Catalunya in 1936 and 1987, divided Penedès into three administrative comarques: Alt Penedès, Baix Penedès and Garraf, and their capitals are Vilafranca del Penedès, el Vendrell and Vilanova i la Geltrú. 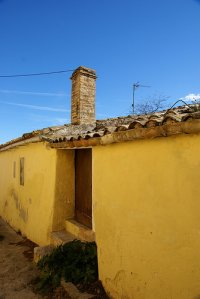 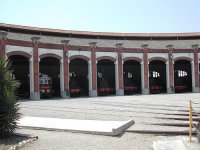 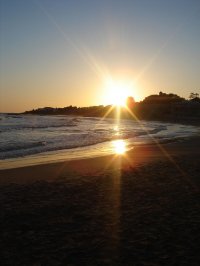 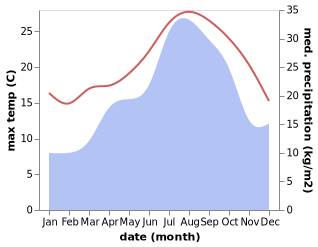