Local time in Trelleborg is now 03:28 AM (Thursday) . The local timezone is named " Europe/Stockholm " with a UTC offset of 1 hours. Depending on your mobility, these larger cities might be interesting for you: Roskilde, Copenhagen, Vellinge, Vastra Vemmerlov, and Vastra Tommarp. When in this area, you might want to check out Roskilde . We discovered some clip posted online . Scroll down to see the most favourite one or select the video collection in the navigation. Are you looking for some initial hints on what might be interesting in Trelleborg ? We have collected some references on our attractions page.

The Baltic sea ferry M/S Peter Pan from TT-Line docking in the harbor of Trelleborg. In summer 2009 ..

Trelleborg Old Water Tower is a now defunct water tower in Stadsparken, Trelleborg in southern Sweden. The erection of the water tower was initiated 1911 after drawings by the architect Ivar Tengbom, and was finished 1912. Since the town of Trelleborg lies in flat surroundings the tower had to be tall; it is 58 metres tall and is the largest building in Trelleborg.

Trelleborg Municipality (Trelleborgs kommun) is the southernmost municipality of Sweden, in Skåne County. Its seat is located in the city Trelleborg. The present municipality was created in 1967 through the amalgamation of the City of Trelleborg with five rural municipalities. It consists of over thirty original local government units.

Trelleborg parish is a parish belonging to the Diocese of Lund in the Church of Sweden and encompasses Trelleborg Municipality in Sweden. The main church is the church of Saint Nicholas located in Trelleborg. The parish covers a population of 22 807 people (2003).

Vångavallen is a multi-purpose stadium in Trelleborg, Sweden. It is currently used mostly for football matches and is the home stadium of Trelleborgs FF. The stadium was built in 1933. From the beginning, it held 7.000 spectacors, but since 2000 it has a capacity of 10 000.

The Månstorp Gables is a ruin in Vellinge Municipality in Skåne. It is situated east of the Swedish county road 101, between Västra Ingelstad and Östra Grevie. The main building was surrounded by a circular wall and moat. During the Scanian War the castle was destroyed and is now a ruin. 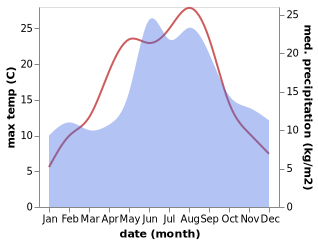