Local time in Tatvan is now 01:22 PM (Tuesday) . The local timezone is named " Europe/Istanbul " with a UTC offset of 2 hours. Depending on your mobility, these larger cities might be interesting for you: Mosul, Van, Tokacli, Siirt, and Orenlik. When in this area, you might want to check out Mosul . We discovered some clip posted online . Scroll down to see the most favourite one or select the video collection in the navigation. Are you looking for some initial hints on what might be interesting in Tatvan ? We have collected some references on our attractions page.

A freight train being pulled from the train ferry at Tatvan on Lake Van, Eastern Turkey ..

Bitlis Province is a province of eastern Turkey, located to the west of Lake Van.

Nemrut is a dormant volcano in Eastern Turkey, close to Lake Van. The volcano is named after King Nimrod who is said to have ruled this area in about 2100 BC. The most powerful eruptions of Nemrut occurred in the Pleistocene era, then many small eruptions occurred during the Holocene, the last one in 1692. The top of the volcano is a large caldera that host three crater lakes. 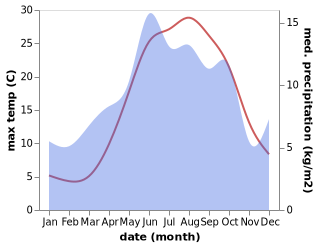