Current time in Bangor is now 10:23 PM (Wednesday) . The local timezone is named " Europe/London " with a UTC offset of 0 hours. Depending on the availability of means of transportation, these more prominent locations might be interesting for you: Whitehead, Moneyreagh, Millisle, Manchester, and Liverpool. Since you are here already, make sure to check out Whitehead . We saw some video on the web . Scroll down to see the most favourite one or select the video collection in the navigation. Where to go and what to see in Bangor ? We have collected some references on our attractions page.

i was lucky to catch this video of forked lightning last month which as you will see if i hadnt moved my camera when i did i would have missed it completely. watch upper left of screen between 20 and ..

Another chorus from our April 2007 concert - the well loved "Speed Your Journey" from "Nabucco" by Verdi ..

Bangor Castle in Bangor, Northern Ireland, was completed in 1852 for The Hon Robert Edward Ward. This imposing building is not so much a castle as an elegant mansion in the Elizabethan-Jacobean revival style. It has 35 bedrooms and incorporates a huge salon for musical recitals. When the then municipal authority, Bangor Borough Council, acquired the Castle and grounds, the music saloon became the Council Chamber.

More reading: Wikipedia Article
Located at 54.66 -5.67 (Lat./Long.); Less than 0 km away
Tags: Bangor, County Down, Castles in County Down, Grade A listed buildings, Houses completed in 1852, Register of Parks, Gardens and Demesnes of Special Historic Interest

Bangor Abbey was established by Saint Comgall in 558 in Bangor, County Down, Northern Ireland and was famous for its learning and austere rule. It is not to be confused with the even older abbey in Wales on the site of Bangor Cathedral. Bangor Abbey was a centre of learning which trained missionaries in the Middle Ages. It used to be called the "Light of the World". It was from here that St. Columbanus set out on his famous missionary journey to Europe.

Ward Park is situated in Bangor, County Down, Northern Ireland. The 37 acre park contains 10 tennis courts, a duck pond and a selection of wildfowl housed in breeding pens. On the 1 September 2007, the Northern Irish band Snow Patrol performed a special gig at Ward Park to a crowd of 30,000 people, supported by Ash, We Are Scientists and various other smaller bands. In Summer 2010 Snow Patrol returned to Ward Park, Bangor with an estimated crowd of 40,000 people.

The Tonic Cinema was built in 1936 in Bangor, Northern Ireland. At the time it was the largest Cinema in Ireland with 2,001 seats. It was demolished in 1992 following a fire. The old Compton Theatre Organ, formerly in the Tonic Cinema, is now in the care of Bangor Academy School. 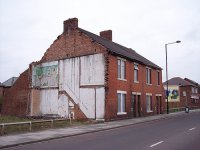