Time in Lanai is now 07:14 AM (Friday) . The local timezone is named " Pacific/Honolulu " with a UTC offset of -10 hours. Depending on your travel resources, these more prominent places might be interesting for you: Lihue, Lopa, Wailuku, Hilo, and Honolulu. Being here already, consider visiting Lihue . We collected some hobby film on the internet . Scroll down to see the most favourite one or select the video collection in the navigation. Check out our recomendations for Lanai ? We have collected some references on our attractions page.

This tune is extracted from Adam Links Surf Again!! LP See Laird Hamilton surfin' tsunami and... it seems than this is not a BBC motion gallery copyright dear Youtube crew. ..

Foggy Night On The Island Of Lanai

Wind blown fog passes by in the foreground as trees sway in the background. ..

Preview of Amery's blog at TravelPod. Read the full blog here: www.travelpod.com This blog preview was made by TravelPod using the TripAdvisor™ TripWow slideshow creator. Learn more about these videos ..

This short video shows the grounds of the Lodge at Koele on the island of Lanai, Maui County, Hawaii. www.mauiinformationguide.com Golf, waterfalls, horse stables, lakes, banyan trees and much more. ..

Lānaʻi is the sixth-largest of the Hawaiian Islands and the smallest publicly accessible inhabited island in the chain. It is also known as Pineapple Island because of its past as an island-wide pineapple plantation. The island's only settlement of note is the small town of Lānaʻi City. Lānaʻi is somewhat comma-shaped with a width of 18 miles in the longest direction. The land area is 140.5 square miles, making it the 42nd largest island in the United States.

Lahaina Roads, also called the Lahaina Roadstead is a channel of the Pacific Ocean in the Hawaiian Islands. The surrounding islands of Maui, and Lānaʻi (and to a lesser extent, Molokai and Kahoolawe) make it a sheltered anchorage. Through the 1940s, Lahaina Roads was as an alternative anchorage to Pearl Harbor. While planning for the attack on the U.S.

The Hawaiian tropical dry forests are a tropical dry broadleaf forest ecoregion in the Hawaiian Islands. They cover an area of 6,600 km on the leeward side of the main islands and the summits of Niʻihau and Kahoʻolawe. These forests are either seasonal or sclerophyllous. Annual rainfall is less than 127 cm and may be as low as 25 cm; the rainy season lasts from November to March. 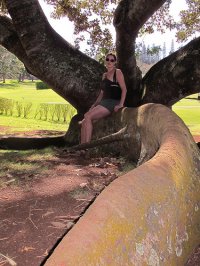 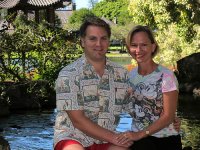 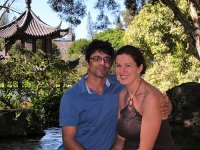 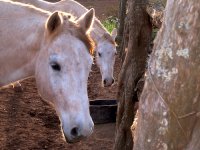 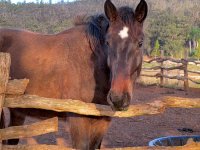 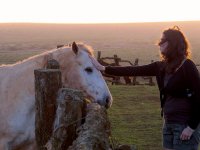 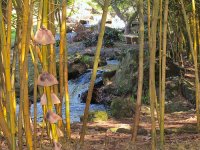 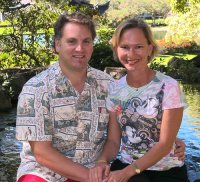 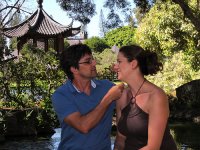