Time in La'ie is now 09:22 AM (Friday) . The local timezone is named " Pacific/Honolulu " with a UTC offset of -10 hours. Depending on your budget, these more prominent locations might be interesting for you: Kahana, Kawela, Kawela Bay, Lihue, and Pupukea. Since you are here already, consider visiting Kahana . We saw some hobby film on the internet . Scroll down to see the most favourite one or select the video collection in the navigation. Where to go and what to see in La'ie ? We have collected some references on our attractions page.

The Polynesian Cultural Center night show cast and others sing "Teach me to Walk" for Thomas S. Monson, president of the worldwide Church of Jesus Christ of Latter-day Saints. President Monson, his fi ..

Laie is a census-designated place (CDP) located in the Koolauloa District on the island of Oahu in Honolulu County, Hawaii, United States. In Hawaiian, lāʻie means "ʻie leaf". The population was 6,138 at the 2010 census.

Brigham Young University–Hawaii (BYU-H) is a private university located in Laie, Hawaii, United States. It is owned and operated by The Church of Jesus Christ of Latter-day Saints (LDS Church). BYU-Hawaii was founded in 1955 and offers programs in mathematics, liberal arts, and management. The university is broadly organized into four colleges, and its parent organization, the Church Educational System, sponsors sister schools in Utah and Idaho.

The Polynesian Cultural Center (PCC) is a Polynesian-themed theme park or living museum located in Laie, on the northern shore of Oahu, Hawaii. Owned by the The Church of Jesus Christ of Latter-day Saints (LDS Church) and dedicated on October 12, 1963, the PCC occupies 42 acres owned by nearby Brigham Young University–Hawaii. Within eight simulated tropical villages, performers demonstrate various arts and crafts from throughout Polynesia.

Kahuku High & Intermediate School, located in Kahuku CDP, City and County of Honolulu, Hawaii on the island of Oahu, serves approximately 1,850 students in grades seven through twelve and is part of the Windward District on the island of Oahu. It is a part of the Hawaii Department of Education. The students of Kahuku are enrolled from the communities of Kaaawa, Hauula, Laie, Kahuku, and Sunset Beach which span a twenty-six mile stretch along the North Shore.

Hauʻula is a census-designated place and rural community in the Koʻolauloa District on the island of Oʻahu, City & County of Honolulu. In Hawaiian, hauʻula means "red hau" . There is a small commercial center. As of the 2010 Census, the CDP population was 4,148. A fringing reef extends off the shoreline. There are several beaches and beach parks in Hauʻula, including Hauʻula Beach Park, ʻAukai Beach Park, Kākela Beach Park, and Mahakea Beach. 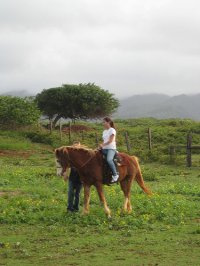 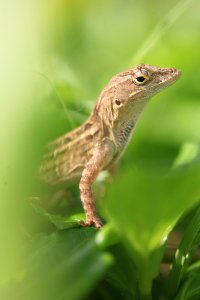