Current time in Wailuku is now 06:04 PM (Monday) . The local timezone is named " Pacific/Honolulu " with a UTC offset of -10 hours. Depending on the availability of means of transportation, these more prominent locations might be interesting for you: Kapalua, Kihei, Kuau, Lihue, and Ma'alaea. Since you are here already, make sure to check out Kapalua . We saw some video on the web . Scroll down to see the most favourite one or select the video collection in the navigation. Where to go and what to see in Wailuku ? We have collected some references on our attractions page.

Cash for Gold. Serving the island of Maui for over 30 years! Bring your precious metals to us for cash! Great deals, friendly staff. ..

Wailuku is a census-designated place (CDP) in Maui County, Hawaiʻi, United States. The population was 15,313 at the 2010 census. It is the county seat of Maui County. Wailuku is located just west of Kahului, at the mouth of the ʻĪao Valley. In the early 20th century Wailuku was the main tourist destination on Maui, though it has since been eclipsed with the rise of the resort towns such as Kaʻanapali, so much that there are no hotels to speak of in Wailuku.

War Memorial Stadium is a stadium located in Wailuku, Hawaii. It is primarily used for American football, and until January 2006, the venue for the College Football All-Star game known as the Hula Bowl. It opened in 1969 and holds 23,000 people. When it originally opened in 1969 it held fewer than 7,000 people. It was expanded due to the efforts of then Maui Mayor Linda Lingle (who later became Governor of the State of Hawaii), to host the Hula Bowl (now played at Aloha Stadium in Honolulu).

The Maui Nui Botanical Gardens (7 acres), formerly known as the Maui Zoological and Botanical Gardens, are botanical gardens located at 150 Kanaloa Avenue, Kahului, Maui, Hawaii. They are open Monday through Saturday. Admission is free. The gardens were established in 1976 by Rene Sylva within a coastal dune system, and are primarily focused on conserving native Hawaiian plants of the dry forest and coastal areas of Maui Nui.

Kalanikauikaʻalaneo Kai Keōpūolani-Ahu-i-Kekai-Makuahine-a-Kama-Kalani-Kau-i-Kealaneo (1778–1823) was a queen consort of Hawaiʻi and the highest ranking wife of King Kamehameha I. 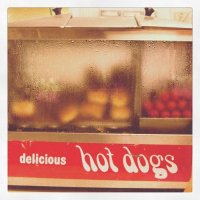 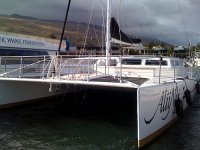 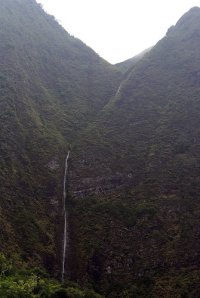 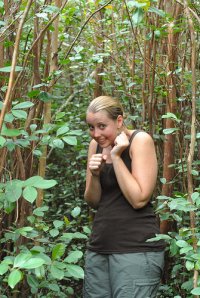