Delve into Paysandú in Uruguay

Local time in Paysandú is now 08:01 PM (Wednesday) . The local timezone is named " America/Montevideo " with a UTC offset of -2 hours. Depending on your mobility, these larger destinations might be interesting for you: Villa San Jose, La Plata, El Brillante, Colon, and Buenos Aires. While being here, you might want to check out Villa San Jose . We discovered some clip posted online . Scroll down to see the most favourite one or select the video collection in the navigation. Are you curious about the possible sightsseing spots and facts in Paysandú ? We have collected some references on our attractions page.

Preview of Senorbrian's blog at TravelPod. Read the full blog here: www.travelpod.com This blog preview was made by TravelPod using the TripAdvisor™ TripWow slideshow creator. Learn more about these v ..

Estadio Parque Artigas is a multi-use stadium in Paysandú, Uruguay. It is currently used mostly for football matches of Paysandú F.C. The stadium holds 25,000 and was built in 1994. It hosted matches during the 1995 Copa America.

The General Artigas Bridge is a road bridge that crosses the Uruguay River and joins Argentina and Uruguay. It runs between Colón, Entre Ríos Province, Argentina, and Paysandú, Paysandú Department, Uruguay. It is a cantilever bridge with a total length of 2,350 metres (7,709 ft). The main span of the bridge measures 334 metres (1,095 ft) in length. The bridge is named after José Gervasio Artigas, the father of Uruguayan independence. It was inaugurated on December 10, 1975.

Pueblo Liebig is a village and municipality in Entre Ríos Province in northeastern Argentina. 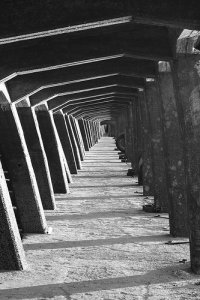 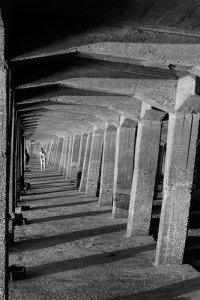