Port Vila in the region of Shefa with its 35,901 habitants is a town located in Vanuatu and is the capital of this country.

Local time in Port Vila is now 07:48 PM (Saturday) . The local timezone is named " Pacific/Efate " with a UTC offset of 11 hours. Depending on your flexibility, these larger cities might be interesting for you: Rive Yan, Pangona, Natapao, Malaliou, and Luganville. When in this area, you might want to check out Rive Yan . We found some clip posted online . Scroll down to see the most favourite one or select the video collection in the navigation. Are you looking for some initial hints on what might be interesting in Port Vila ? We have collected some references on our attractions page.

Views taken by security cameras placed inside Deco Vila, an interior decoration store located in the center of Port Vila. You can see the walls moving as well as the objects inside the store ! Music b ..

Check out the full trip report at multicolouredplanet.com ... The Iarofa Cultural Group playing the distinctive theme that every band seems to play in Vanuatu. Fair play to the guys for putting their ..

Looking for 'decadent' French pastries, 'super' chocolate (made 'maison'), 'tasty' lunches, 'smooth' cocktails, various appetizers and more ... This is the place for food connoisseurs! Located in the ..

The Vanuatu Cultural Centre (in Bislama Vanuatu Kaljoral Senta or "VKS"), founded in 1959, is the national cultural centre of Vanuatu. It is located in Port Vila. Since 2007, its director is Marcellin Abong.

The National Library is the national library of Vanuatu. Located within the Vanuatu Cultural Centre in Port Vila, it contains about 15,000 books and serves both as a national repository for "rare and special" material, and as a lending library. It was established in April 2004. The Library possesses two "special collections", one devoted to Vanuatu and the other to other parts of the Pacific. It holds "some 500 rare items" about Vanuatu, primarily a collection of rare books.

The National Museum of Vanuatu (or Nasonal Miusium blong Vanuatu) is located in the Vanuatu Cultural Centre in Port Vila, Vanuatu. It specializes in exhibits relating to the culture and history of this group of islands in the South Pacific.

The Parliament (or Parlement in French) is the unicameral legislative body of the Republic of Vanuatu. It was established by chapter 4 of the 1980 Constitution, upon Vanuatu's independence from France and the United Kingdom. The functioning of Parliament is derived from the British Westminster system, and includes the principle of parliamentary supremacy, within the limits of the Constitution. 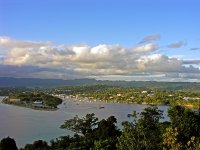 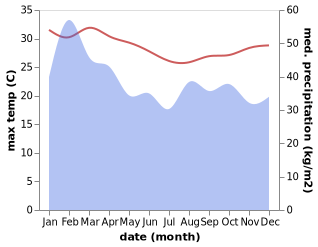