Delve into Sola in Vanuatu

Current time in Sola is now 10:38 PM (Wednesday) . The local timezone is named " Pacific/Efate " with a UTC offset of 11 hours. Depending on your travel modalities, these larger destinations might be interesting for you: Wasaka, Veutumboso, Vatrada, Toupouetap, and Tavoloua. While being here, make sure to check out Wasaka . We encountered some video on the web . Scroll down to see the most favourite one or select the video collection in the navigation. Are you curious about the possible sightsseing spots and facts in Sola ? We have collected some references on our attractions page.

Highlights of tourism on Vanua Lava island in the Banks islands Northern province of TORBA in Vanuatu. Thanks to Bruno Calle for additional photography. ..

Sola is the capital village of Torba Province in Vanuatu. It is on the island of Vanua Lava. Near the village is the volcano Mount Sere Ama, and the Selva and Alket rivers pass north of the village. Fauna includes saltwater crocodiles introduced by Steve Irwin, and the invasive fire ant.

Kwakéa (or Pakea, or Qakea) is an islet located east of Vanua Lava in the Banks Islands, Vanuatu. The island was purchased by English settlers, Frank and Alice Whitford, in the mid-1890s from the native title owners from Vanua Lava. Frank and Alice created palm plantations before a hurricane wiped out the island on November 25, 1939. The only thing that remains is the Whitford Family Cemetery. The channel that flows between Kwakea and Vanua Lava is known as Dudley Channel.

The Banks Islands are a group of islands in northern Vanuatu. Together with the Torres Islands to the northwest, they make up the northernmost province of Torba. The group lies about 40 km north of Maewo, and includes Gaua and Vanua Lava, two of the 13 largest islands in Vanuatu. In 2009, the islands supported a population of 8,533 on a land area of 780 km².

Vanua Lava is the second largest of the Banks Islands in Torba Province, Vanuatu, after slightly larger Gaua. It is located about 120 km north-northeast of Espiritu Santo and north of Gaua. It has a land area of 314 km². Its population numbered 2,623 in 2009. The island measures about 25 km north-to-south and 20 km east-to-west. The island has two natural harbors, Port Patteson in the east and Vureas Bay (Vurës) in the southwest.

Torba (or TorBa) is the northernmost province of Vanuatu, including the Banks Islands and the Torres Islands. Its capital is Sola. The modern name Torba is derived from the initial letters of Torres and Banks. 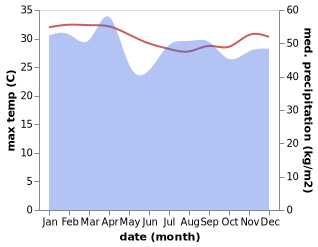