Time in Mérida is now 04:22 PM (Wednesday) . The local timezone is named " America/Caracas " with a UTC offset of -4.5 hours. Depending on your budget, these more prominent places might be interesting for you: Valera, Valencia, Tabay, San Cristóbal, and San Carlos del Zulia. Being here already, consider visiting Valera . We collected some hobby film on the internet . Scroll down to see the most favourite one or select the video collection in the navigation. Check out our recomendations for Mérida ? We have collected some references on our attractions page.

Bed and breakfast with comfortable rooms The Casa Vieja is situated in the Venezuelan Andes, at the calm Andean community of Tabay which is less than 11 kilometers away from the vivid city of Mérida. ..

Estadio Guillermo Soto Rosa is a multi-use stadium in Mérida, Venezuela. It is currently used mostly for football matches and was the home stadium of Estudiantes de Mérida Fútbol Club until Estadio Metropolitano de Mérida opened in 2005. It currently hosts the home matches of the ULA football team. The stadium holds 14,000 spectators.

University of the Andes (Venezuela)

The University of the Andes is the second-oldest university in Venezuela, whose main campus is located in the city of Mérida, Venezuela. ULA is the largest public university in the Venezuelan Andes, having one of the largest student bodies in the country.

Alberto Carnevalli Airport is an airport located 3 km southwest of downtown Mérida, Venezuela, at an elevation of 1,526 m MSL. Its runway is 1,630 m long. It is situated in a valley in the Andean mountains, surrounded by higher terrain in all quadrants. Night operations are prohibited. Commercial passenger service is currently suspended.

The Estadio Olimpico Metropolitano de Mérida or Estadio Metropolitano is a soccer stadium located in the city of Mérida in Venezuela. It was built to be one venues of the Copa America 2007 and it would also serve as one of the venues for the National Games of Venezuela Andes 2005. The stadium is part of a major sports complex, called Cinco Águilas Blancas located in the south of the city, in a zone called Urbanizacion Hacienda. 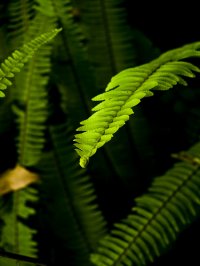 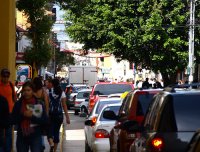 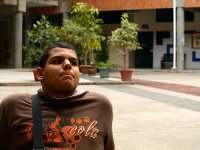