Bridgetown in the region of Saint Michael with its 98,511 inhabitants is a town in Barbados and is the capital of this country.

Current time in Bridgetown is now 11:01 PM (Monday) . The local timezone is named " America/Barbados " with a UTC offset of -4 hours. Depending on the availability of means of transportation, these more prominent locations might be interesting for you: Welchman Hall, Speightstown, Rock Dundo, Pine Housing Estate, and Oistins. Since you are here already, make sure to check out Welchman Hall . We saw some video on the web . Scroll down to see the most favourite one or select the video collection in the navigation. Where to go and what to see in Bridgetown ? We have collected some references on our attractions page.

party-destinations.com - Dine, dance, sail and swim with the turtles in Barbados, on this delightful catamaran cruise. Snorkel over coral reefs teaming with fish and turtles. Enjoy cocktails & dance o ..

The Parliament of Barbados is the national legislature of Barbados. It is accorded legislative supremacy by Chapter V of the Constitution of Barbados. The Parliament is bicameral in composition and is formally made up of: HM Queen Elizabeth II, Queen of Barbados (represented by the Governor-General), an appointed Senate, and an elected House of Assembly.

St. Ann's Garrison, or more commonly known as "The Garrison", is a small district located in the country of Barbados. This Garrison Historic Area is situated about 2 miles south of Heroes Square in the capital-city Bridgetown, and just west of the village of Hastings in the neighbouring parish of Christ Church. It is dominated by its historic horse race-track, located on the 30 acre parade ground called the Garrison Savannah.

National Heroes Square (formerly Trafalgar Square) is located in the capital and principal commercial centre Bridgetown, on the island-nation of Barbados. The square lies along Upper Broad Street and is on the northern shore of the Careenage ("Constitution River"), found directly in the centre of Bridgetown. A fixture of the Square on the west-end includes a bronze statue of Admiral Lord Nelson overlooking the Square. The statue in Bridgetown was erected unveiled on March 22.

The Kensington Oval is a stadium located to the west of the capital city Bridgetown on the island of Barbados. It is the pre-eminent sporting facility on the island and is primarily used for cricket. Locally referred to as "The Mecca" of cricket, it has hosted many important and exciting cricket games between local, regional, and international teams during its more than 120 year history. 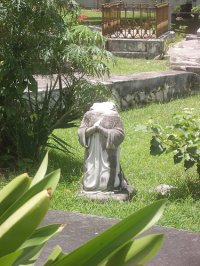 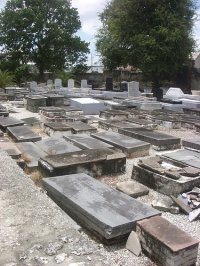 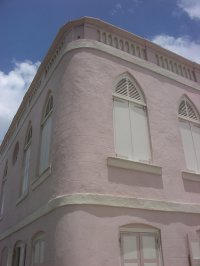 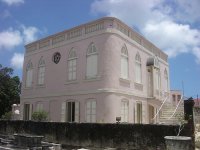 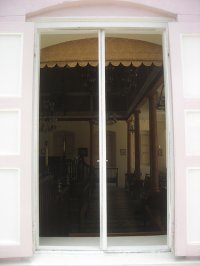 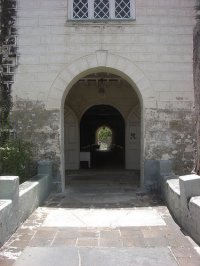 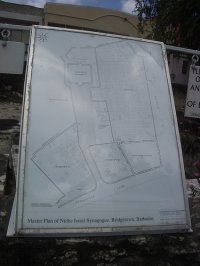 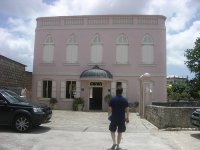 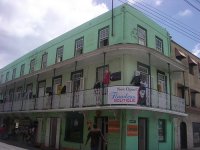