Time in Pruzhany is now 04:15 AM (Wednesday) . The local timezone is named " Europe/Minsk " with a UTC offset of 3 hours. Depending on your budget, these more prominent locations might be interesting for you: Kaliningrad, Klaipėda, Zhabinka, Zalese, and Velikoye Selo. Since you are here already, consider visiting Kaliningrad . Where to go and what to see in Pruzhany ? We have collected some references on our attractions page.

Pruzhany is a town in Brest Voblast, Belarus. Pruzhany is the center of a district in Brest Region, Belarus. Its population is about 20.000 people. The town is located at the confluence of the Mukha River and the Vets Canal, which give the start to Mukhavets River.

Pruzhany Raion is an administrative subdivision, a raion of Brest Voblast, in Belarus.

At the Battle of Smoliani (November 13-November 14, 1812), the Russians under General Peter Wittgenstein defeated the French forces of Marshal Claude Victor and Marshal Nicholas Oudinot. This battle was the last effort of the French to reestablish their northern flank in Russia, known as the "Dwina Line". Previously, the French had been defeated in this sector at the Second battle of Polotsk (Oct. 18-20, 1812) and at the Battle of Czasniki (Oct. 31, 1812) 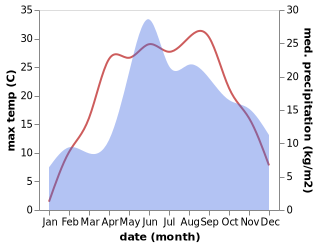