Delve into Klyetsk in Belarus

Current time in Klyetsk is now 03:09 AM (Monday) . The local timezone is named " Europe/Minsk " with a UTC offset of 3 hours. Depending on your travel modalities, these larger destinations might be interesting for you: Riga, Vilnius, Zubki, Salihorsk, and Pinsk. While being here, make sure to check out Riga . Are you curious about the possible sightseeing spots and facts in Klyetsk ? We have collected some references on our attractions page.

The Battle of Kletsk was fought on August 6, 1506, near Kletsk, between the army of the Grand Duchy of Lithuania, led by Court Marshall of Lithuania Michael Glinski, and the army of the Crimean Khanate, led by Fetih I Giray and Burnaş I Giray, sons of the Khan of Crimea, Meñli I Giray. The battle was one of the greatest Lithuanian victories over the Tatars.

Nesvizh is a city in Belarus. It is the administrative center of the Nesvizh District (rajon) of Minsk Province and location of the Nesvizh Castle World Heritage Site. Its 2009 population is 14,300.

Hancavichy, Hancavičy or Gantsevichi is a city in the Brest Region of Belarus, an administrative center of the Hantsavichy Raion. There is a Volga-type radar near Hantsavichy which is a part of the Russian early warning radar system (until 2020). 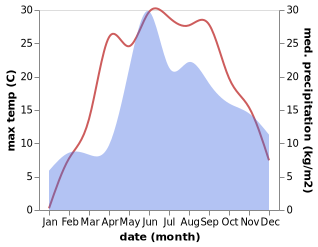