Time in Salihorsk is now 02:01 AM (Thursday) . The local timezone is named " Europe/Minsk " with a UTC offset of 3 hours. Depending on your budget, these more prominent places might be interesting for you: Daugavpils, Vilnius, Panevėžys, Zhytkavichy, and Zazhevichi. Being here already, consider visiting Daugavpils . Check out our recommendations for Salihorsk ? We have collected some references on our attractions page.

Shakhtsyor Stadion is a multi-use stadium in Salihorsk, Belarus. It is currently used mostly for football matches and is the home ground of Shakhtyor Soligorsk reserve team. The stadium holds 4,200 people. 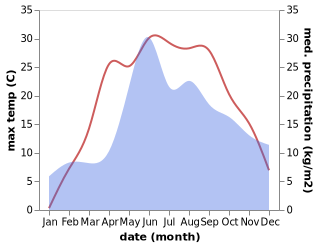