Time in Polatsk is now 10:25 AM (Monday) . The local timezone is named " Europe/Minsk " with a UTC offset of 3 hours. Depending on your budget, these more prominent locations might be interesting for you: Ludza, Smolensk, Pskov, Veliky Novgorod, and Vilnius. Since you are here already, consider visiting Ludza . We saw some hobby film on the internet . Scroll down to see the most favourite one or select the video collection in the navigation. Where to go and what to see in Polatsk ? We have collected some references on our attractions page.

This videopresentation about Polotsk. It is one of the most ancient cities of the Eastern Slavs. Come to see it! Music: Грамніцы - Ляцеў голуб. ..

Polotsk is a historical city in Belarus, situated on the Dvina River. It is the center of the Polatsk Raion in Vitsebsk Voblast. Its population is more than 80,000 people. It is served by Polotsk Airport and during the Cold War was home to Borovitsy air base.

The Second Battle of Polotsk (18–20 October 1812) took place during Napoleon's invasion of Russia. In this encounter the Russians under General Peter Wittgenstein attacked and defeated a Franco-Bavarian force under Laurent Gouvion Saint-Cyr. In the aftermath of this success, the Russians took Polotsk and dismantled Napoleon's operations in Belarus.

The Siege of Polotsk was laid in 1518 by forces of the Grand Duchy of Moscow on Polotsk during the Fourth Muscovite–Lithuanian War (1512–1522). The Lithuanians defended the city. According to a legend, Prince Casimir Jagiellon appeared before the Lithuanian troops and helped them to achieve victory. It was the first miracle attributed to Casimir, which perpetuated his cult and led to his eventual canonization.

The Cathedral of Holy Wisdom in Polotsk (Belarusian: Полацкі Сафійскі сабор; Russian: Собор Святой Софии в Полоцке) was built by Prince Vseslav Briacheslavich (rr.1044–1101) between 1044 (it is first mentioned in the Voskresenskaia Chronicle under the year 1056) and 1066. It stands at the confluence of the Polota and Western Dvina Rivers on the eastern side of the city and is probably the oldest church in Belarus. 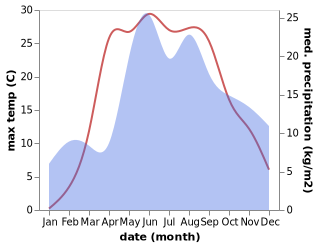