Time in Kashgar is now 08:10 PM (Monday) . The local timezone is named " Asia/Kashgar " with a UTC offset of 8 hours. Depending on your travel resources, these more prominent places might be interesting for you: Murghob, Shufu, Yilkiqi, Andijan, and Osh. Being here already, consider visiting Murghob . We collected some hobby film on the internet . Scroll down to see the most favourite one or select the video collection in the navigation. Check out our recomendations for Kashgar ? We have collected some references on our attractions page.

Kashgar is a city of Uyghurs within Chinese borders. In both culture and geography, it is the farthest city away from Beijing. Historically populated by Uyghurs, who are ethnically of the Turkestan fa ..

Kaxgar (Kashi) Prefecture or Kashgar Prefecture is located in mid-western Xinjiang, China. It has an area of 112,057 km² and 3,979,362 inhabitants at the 2010 cenus with a population density of 36 inhabitants/km²). The capital of the prefecture is the city of Kashgar which has 400,225' inhabitants in its built up area.

Kashgar or Kashi is an oasis county-level city with approximately 350,000 residents in the western extremity of the People's Republic of China, near the border with Tajikistan and Kyrgyzstan. Kashgar is the administrative centre of Kashgar Prefecture of the Xinjiang Uyghur Autonomous Region which has an area of 162,000 square kilometres and a population of approximately 3.5 million. The city's urban area covers 15 km, though its administrative area extends for 555 km .

The Afāq Khoja Mausoleum or Aba Khoja Mausoleum is the holiest Muslim site in Xinjiang. It is located some 5 km north-east from the centre of Kashgar City, in Haohan Village (浩罕村; Ayziret in Uyghur), which has also been known as Yaghdu. 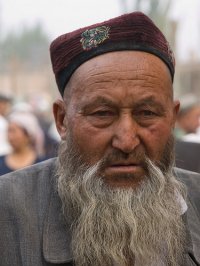 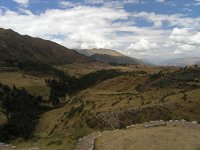 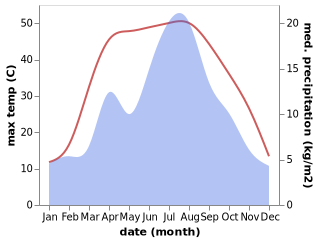