Time in Esbjerg is now 06:14 AM (Friday) . The local timezone is named " Europe/Copenhagen " with a UTC offset of 1 hours. Depending on your budget, these more prominent locations might be interesting for you: Viborg, Vibaek, Vejle, Varde, and Tarp. Since you are here already, consider visiting Viborg . We saw some hobby film on the internet . Scroll down to see the most favourite one or select the video collection in the navigation. Where to go and what to see in Esbjerg ? We have collected some references on our attractions page.

Elliot Yamin - I'll wait for you (cover) By Mike Beck

donny hathaway - a song for you (cover) by Mike Beck

RATE & COMMENT:) Just a small performance, last year, won a song contest :) made a few mistakes, my voice was all messed up cause of singing the whole day :) ..

The 2011 Capital One World Women's Curling Championship was held in Esbjerg, Denmark at the Granly Hockey Arena from March 19–27, 2011. The Swedish rink skipped by Anette Norberg won the final game over Canada's Amber Holland after a steal of two points in the tenth end.

The Academy of Music and Music Communication is located in Esbjerg, Denmark. It was founded in 1946 as a local private initiative as Vestjysk Musikkonservatorium and was in 1972 taken over by the Danish State. From 1998 it has been located in the refurbished and modernized premises of a former power plant. As per Jan 1, 2010, it will merge with some of Denmark's other Academies of Music.

Blue Water Arena (former Esbjerg Idrætspark and Esbjerg Stadion) is a football stadium located in Idrætsparken Gl. Vardevej, Esbjerg, Denmark and is the home ground of Esbjerg fB. It has a capacity of 18,000 of which 11,451 is seated. It is currently the second biggest stadium in Jutland, and the fourth biggest in Denmark. In 1999, the stadium was venue of the football tournament at the European Youth Olympic Festival.

The Men at Sea is a 9 metre (30 feet) tall white monument of four seated males, located west of Esbjerg next to Sædding Beach on the southwest coast of Denmark. It is located opposite the Fisheries and Maritime Museum, is one of the area's major tourist attractions, and is a famous landmark of Esbjerg. The sculpture was designed by Svend Wiig Hansen and installed on 28th October 1995. 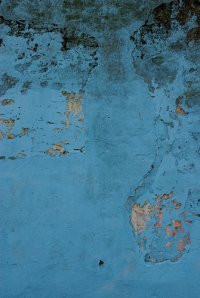 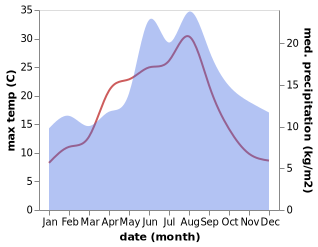