Maribo in the region of Zealand with its 5,349 habitants is a place located in Denmark - some 75 mi or ( 121 km ) South-West of Copenhagen , the country's capital .

Local time in Maribo is now 02:49 PM (Friday) . The local timezone is named " Europe/Copenhagen " with a UTC offset of 1 hours. Depending on your mobility, these larger cities might be interesting for you: Vigsnaes, Vester Tirsted, Skelstrup, Sakskøbing, and Roskilde. When in this area, you might want to check out Vigsnaes . We discovered some clip posted online . Scroll down to see the most favourite one or select the video collection in the navigation. Are you looking for some initial hints on what might be interesting in Maribo ? We have collected some references on our attractions page.

In The Garden - Norbert Susemihl's New Orleans All Stars

Knuthenborg Safari Park is a worth seeing place when visiting the island of Lolland, Denmark. Of course, there are much more animals then just monkeys in the park, but these are so very like the man i ..

Maribo Abbey, established in 1416, was the first Bridgettine monastery in Denmark and became one of the most important Danish abbeys of the late Middle Ages. It was located in the present town of Maribo on the island of Lolland in southern Denmark. The monastery is in ruins, but the abbey church still remains in use as Maribo Cathedral.

Maribo is a town in Lolland municipality in Region Sjælland on the island of Lolland in south Denmark. To the north of Maribo is Nørresø ("The Northern Lake" or "Northern Maribo Lake") and to the south is Søndersø ("The Southern Lake" or "Southern Maribo Lake"). Søndersø is the largest lake on Lolland. There are more islands in Søndersø than in any other lake in Denmark. These include the islands of Fruerø, Hestø, Præstø, Borgø, Lindø, Askø and Worsaaes.

Lolland (formerly spelled Laaland) is the fourth largest island of Denmark, with an area of 1,243 square kilometers (480 sq. miles). Located in the Baltic sea, it is part of Region Sjælland (Region Zealand). As of 1 January 2010, it has 65,764 inhabitants. Lolland is also known as "the pan-cake" island because of its flatness: the highest peak of the entire isle is 25 m (82 ft) high. The island has been an important communication highway, among others for the Germans during World War II.

Holeby was a municipality on the island of Lolland in Storstrøm County in south Denmark. The municipality covered an area of 116 km², and had a total population of 3,982 (2005). Its last mayor was Bjarne Larsen. The main town and the seat of its municipal council was the town of Holeby with a population of 1,458 (1 January 2012). Neighboring municipalities were Nysted to the east, Maribo and Sakskøbing to the north, and Rødby to the west. To the south was the Baltic Sea and the Fehmarn Belt. 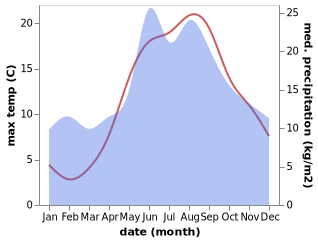