Current time in Ismaïlia is now 06:09 AM (Tuesday) . The local timezone is named " Africa/Cairo " with a UTC offset of 2 hours. Depending on the availability of means of transportation, these more prominent locations might be interesting for you: Amman, Tyre, Beirut, Haifa, and Izbat Talha. Since you are here already, make sure to check out Amman . We encountered some video on the web . Scroll down to see the most favourite one or select the video collection in the navigation. Where to go and what to see in Ismaïlia ? We have collected some references on our attractions page.

Brilliance of the Seas passing Suez Canal January 16, 2011. We arrived in the area off Port Said late Saturday afternoon. We anchored alongside more than 30 other ships, finalizing the paper work nece ..

Containervessel M/V LEDA MAERSK enters the Suez Canal at Port of Suez early in the morning (at 6 o´ clock) after having anchored in the bay for the night. The vessel is number 3 in a row of 6 vessels ..

The Ismailia Stadium is located in Ismailia, Egypt and has a total capacity of 18,525, after the remodelation in 2009. It is used by Ismaily SC, and was one of six stadiums to be used in the 2006 African Cup of Nations, held in Egypt.

Ismailia Governorate is one of the governorates of Egypt. Located in the north-eastern part of the country, its capital is the city of Ismailia.

The Suez Canal University is an Egyptian university serving the Suez Canal area, having its faculties divided among the Suez Canal governorates. It was established in 1976. It is notable for its non-classic research. It has 28 faculties (12 in Ismaïlia, 9 in Port Said, 5 in Suez and 2 in Arish) with a total number of students reaching 21,325. The University has about 53 special units for research, education and community development.

Ismaïlia is a city in north-eastern Egypt. Known in Egypt as "The City of Beauty and Enchantment" Ismaïlia is situated on the west bank of the Suez Canal, it is the capital of the Ismailia Governorate. The city has a population (including surrounding rural areas) of approximately 750,000 inhabitants. It is located approximately half way between Port Said to the north and Suez to the south. The Canal widens at that point to include Lake Timsah, one of the Bitter Lakes linked by the Canal. 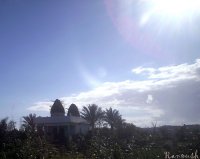 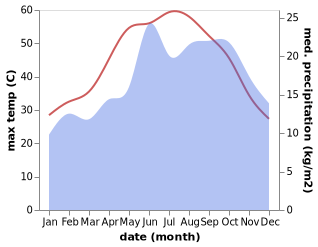