Local time in Haifa is now 07:39 AM (Tuesday) . The local timezone is named " Asia/Jerusalem " with a UTC offset of 2 hours. Depending on your flexibility, these larger cities might be interesting for you: Nicosia, Aleppo, Damascus, Amman, and Tyre. When in this area, you might want to check out Nicosia . We found some clip posted online . Scroll down to see the most favourite one or select the video collection in the navigation. Are you looking for some initial hints on what might be interesting in Haifa ? We have collected some references on our attractions page.

Shrine of the Báb

The Shrine of the Báb is a structure in Haifa, Israel where the remains of the Báb, founder of Bábism and forerunner of Bahá'u'lláh in the Bahá'í Faith, have been buried; it is considered to be the second holiest place on Earth for Bahá'ís, after the Shrine of Bahá'u'lláh in Acre. Its precise location on Mount Carmel was designated by Bahá'u'lláh himself to his eldest son, `Abdu'l-Bahá, in 1891.

The Terraces of the Bahá'í Faith, also known as the Hanging Gardens of Haifa, are garden terraces around the Shrine of the Báb on Mount Carmel in Haifa, Israel. They are one of the most visited tourist attractions in Israel. The architect is Fariborz Sahba from Iran, the structural engineers are Karban and Co. from Haifa. Along with the Baha'i Holy Places in Western Galilee, it is a UNESCO World Heritage Site.

The Haifa Museum of Art (מוזיאון חיפה לאמנות), established in 1951, is located in a historic building built in the 1930s in Wadi Nisnas, Downtown Haifa. The museum focuses on Israeli and international contemporary art, and its collection includes 7,000 items, mostly of contemporary Israeli art. 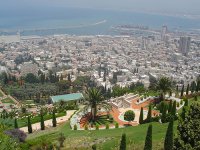 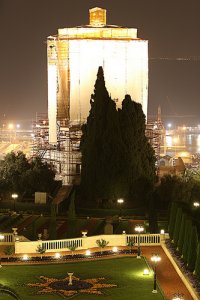 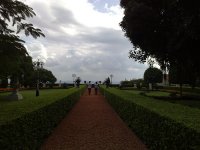 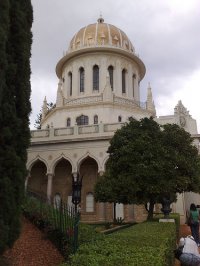 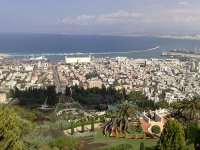 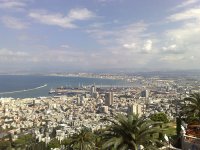 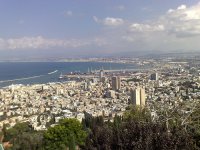 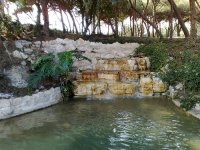 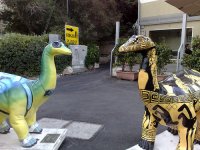 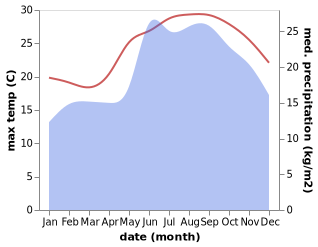