Time in Tyre is now 03:38 PM (Sunday) . The local timezone is named " Asia/Beirut " with a UTC offset of 2 hours. Depending on your budget, these more prominent places might be interesting for you: Nicosia, Damascus, Amman, Qana, and Maachouq. Being here already, consider visiting Nicosia . We collected some hobby film on the internet . Scroll down to see the most favourite one or select the video collection in the navigation. Check out our recomendations for Tyre ? We have collected some references on our attractions page.

It is said that Alexander was so enraged at the Tyrians' defense and the loss of his men that he destroyed half the city. According to Arrian, 8,000 Tyrian civilians were massacred after the city fell. Alexander granted pardon to the king and his family, whilst the 30,000 residents and foreigners taken were sold into slavery.

Sour Stadium is a multi-use stadium in Sour, Lebanon. It is currently used mostly for football matches and serves as the home for Tadamon Sour. The stadium has a capacity of 6,500 people. In 1939 collapsed a group of students from schools in the city of Tyre to the establishment of a sports team football, and soon the team that the development and progression of activists which to request an official licensed stadium in 1947 and became an active sports center for the Lebanese people.

The Tyre District is a district in the South Governorate of Lebanon.

The Litani River is an important water resource in southern Lebanon. The river rises in the fertile Beqaa Valley valley, west of Baalbek, and empties into the Mediterranean Sea north of Tyre. Exceeding 140 km in length, the Litani River is the longest river in Lebanon and provides an average annual flow estimated at 920 million cubic meters. The waters of the Litani both originate and flow entirely within the borders of Lebanon.

The Leontes Bridge is a Roman segmental arch bridge in Lebanon; it crosses the Litani River in the vicinity of Nahr Abou Assouad, 10 km north of Tyre. The bridge, which is dated to the 3rd or 4th century AD, features a comparatively flat arch with a span-to-rise ratio of 3.1 to 1. 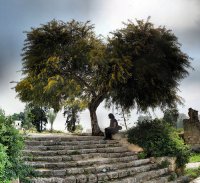 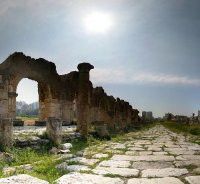 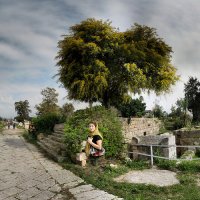 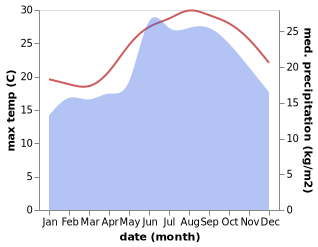