Amman in the region of Amman with its 1,275,857 habitants is a town located in Jordan and is the capital of this country.

Local time in Amman is now 09:20 AM (Friday) . The local timezone is named " Asia/Amman " with a UTC offset of 3 hours. Depending on your flexibility, these larger cities might be interesting for you: Nicosia, Damascus, Latakia, Wadi Al Seer, and Umm as Summaq. When in this area, you might want to check out Nicosia . We found some clip posted online . Scroll down to see the most favourite one or select the video collection in the navigation. Are you looking for some initial hints on what might be interesting in Amman ? We have collected some references on our attractions page.

Amman is a bustling city of colour, people, and lights. Enjoy this time lapse video of a day in the city: from sun rise to sun set, from downtown to modern uptown, from street markets to malls - a day ..

Brad & Tommy went down to the Virgin Megastore at the City Mall in Amman, Jordan where the stars of CWFC Fight Night 7 met some of the local fans ahead of the show at the New Boxing Arena this Saturda ..

The Roman Theatre is an ancient Roman theater in Amman, Jordan.

The Mango House is a building in Amman, Jordan. Situated on Mango Street, the house looks out toward Jabal Akhddar on the other side of the valley that is downtown Amman.

The Raghadan Flagpole is a 126.8-metre tall flagpole in Amman, Jordan. It was built from steel and erected on the grounds of Raghadan Palace at the royal compound of Al-Maquar. The leader of Jordan, King Abdullah II, officially hoisted the country's flag on 10 June 2003. It was the tallest free-standing flagpole in the world at the time, and is clearly visible across the capital as well as from as far away as 20 kilometres .

The following is a list of roads, streets, and major thoroughfares in Amman, Jordan.

Amman is the capital and largest city of Jordan. It is the country's political, cultural and commercial centre and one of the oldest continuously inhabited cities in the world. The Greater Amman area has a population of 2,842,629 as of 2010. The population of Amman is expected to jump from 2.8 million to almost 6.5 million by 2025 due to constant and rapid immigration. The recent economic growth experienced in Amman is unmatched by any other Arab city except those located in the Gulf. 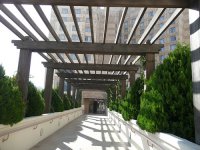 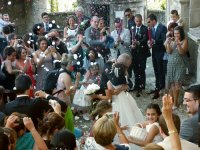 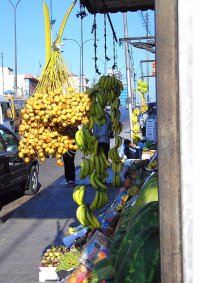 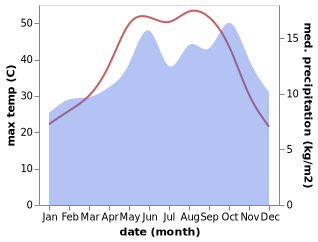