Nykarleby in the region of Province of Western Finland with its 7,338 habitants is a town located in Finland - some 245 mi or ( 394 km ) North of Helsinki , the country's capital .

Local time in Nykarleby is now 12:38 AM (Tuesday) . The local timezone is named " Europe/Helsinki " with a UTC offset of 2 hours. Depending on your flexibility, these larger cities might be interesting for you: Virrat, Vastersundsby, Bonäs, Vaasa, and Turku. When in this area, you might want to check out Virrat . We found some clip posted online . Scroll down to see the most favourite one or select the video collection in the navigation. Are you looking for some initial hints on what might be interesting in Nykarleby ? We have collected some references on our attractions page.

St. Birgitta's Church is a wooden church in the city of Nykarleby, Ostrobothnia, Finland. It was built in 1708. Nowadays it is one of the biggest attractions in the city. The ceiling paintings in the church were designed by Daniel Hjulström and Johan Alm and date back to the 18th century.

The Battle of Nykarleby was fought between Sweden and Russia during the Finnish War 1808–1809. When Carl Johan Adlercreutz continued his summer offensive, he saw an excellent opportunity to encircle the Russian main army at the town of Nykarleby. The Swedish offensive began on Midsummer's Eve, but the Russian forces had already evacuated the city and pulled back to Vaasa, where another Swedish force, commanded by Johan Bergenstråhle were landing.

The Battle of Jutas was fought on September 13, 1808 between Swedish and Russian troops south of Nykarleby in Ostrobothnia, Finland. Before the battle the Swedish army was in retreat after the campaign of the previous summer. The main Swedish force was retreating from Vaasa to Nykarleby. The Russians sent a force to cut off the Swedish retreat. In response the Swedes sent a force under Georg Carl von Döbeln to intercept them.

Jeppo is a former municipality of Finland, now a village of Nykarleby. The population is about 1,100; 82% of whom are Swedish-speaking. KWH Mirka has a factory here that produces coated and non-woven abrasives. The village is twinned with the Emmaboda Municipality, Sweden.

Nanoq is a museum in Jakobstad, Finland, specializing on arctic culture and Greenland in particular. The museum hosts an exhibition about famous polar expeditions and displays many items, e.g. the balloon gondola from S.A. Andrée's fateful expedition and material from the John Phipps expedition to Svalbard around 1770, as well as several documents that refer to the Norwegian explorers Fridtjof Nansen and Roald Amundsen. 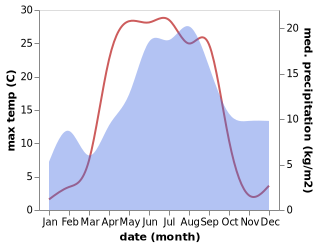