Uusikaupunki in the region of Province of Western Finland with its 16,226 habitants is a town located in Finland - some 128 mi or ( 206 km ) West of Helsinki , the country's capital .

Local time in Uusikaupunki is now 02:07 AM (Thursday) . The local timezone is named " Europe/Helsinki " with a UTC offset of 2 hours. Depending on your flexibility, these larger cities might be interesting for you: Riga, Tallinn, Vohdensaari, Waarenpea, and Uusikaupunki. When in this area, you might want to check out Riga . Are you looking for some initial hints on what might be interesting in Uusikaupunki ? We have collected some references on our attractions page.

Pohitullin palloiluhalli is an indoor basketball sporting arena that is located in Uusikaupunki. It is currently home to the Korihait Finnish professional basketball team, which competes in the Korisliiga. It has also been the homecourt of Finland national basketball team for a couple of times. The arena was opened in the year 1981 and has a seating capacity of 1,507 people. Record attendance is 2,500.

Kalanti (Swedish: Kaland, also known as Uusikirkko during 1915–1936) is a former municipality in Finland Proper region, Finland. Kalanti is first mentioned in historical sources 1332. It was merged with Uusikaupunki in 1993.

The Helsinki village landing was fought during the Finnish War, between Sweden and Russia 26–28 September 1808 a part of the battles’ of Turku archipelago. Gustav IV Adolf of Sweden planned a large landing operation, over 8000 strong. Due to the difficult sea weather conditions, the task force under colonel Anders Fredrik Skjöldebrad was forced to return as broken and damaged back to Sweden. 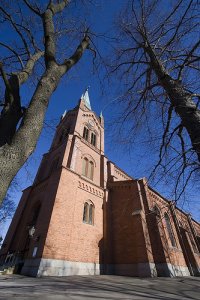 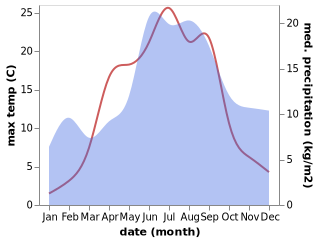